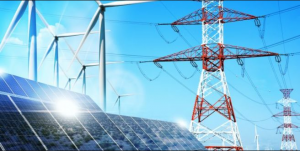 Autumn Ridge Energy and Autumn Ridge Enterprises, LLC have together sustained steady growth via a strategy of leasing and developing quality crude oil and natural gas prospects, as well as acquiring producing properties, according to Stone. "A family-owned company, they have expanded over the years by building a team of professionals comprised of exploration geologists, petroleum engineers, petroleum landmen, and various other key industry personnel," he reveals.

Located in Warren County, Pennsylvania, the city of Warren is positioned along the Allegheny River. The county seat of Warren County, Warren is the principal city of the Warren, Pennsylvania Micropolitan Statistical Area. The site which is of interest to Autumn Ridge Energy, and based upon which Stone's investment deal has been secured, was first drilled for oil over 150 years ago. Total oil content available at the site today is understood to range from between 6,000 and 13,500 barrels per acre.

The economy of the city of Warren was at one time dominated by oil, with many of the area's large Victorian homes built using revenue generated by the local oil industry. According to Jeffery Steven Stone, however, in recent years, Warren has struggled economically, enduring a steady decline in population.

"It's my hope," he adds, wrapping up, "that renewed investment and interest in the area's oil industry, and with it, the arrival of Autumn Ridge Energy, will help to bolster the local economy and support new opportunities both in the city of Warren and in surrounding areas."