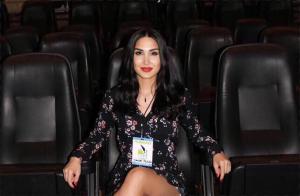 The story is about a young driven director gathering five of her girlfriends for a fun weekend in upstate New York for the opportunity to develop her newest documentary. There’s a strange energy in the house and things begin to go south quickly, more disturbing than they could have ever imagined.

The film’s director and producer Jandae Percem said, "We worked hard to capture this content to give horror film fans a film worth watching. I was directing, shooting and acting at the same time which was exhausting but exciting at the same time. I always wanted to produce my own feature film and this was a great way to get things started. Our ambition is paying off with the recognition and great feedback we receive from festivals and audiences alike”.

Jandae emphasized the importance of directing and producing as a first time female film-maker as a positive influence for women film-makers.

“Our film was awarded the Best Director award and the award for Best Feature Film – for a first time film-maker this was a great motivation for me to start on my next film which is about post-partum depression, a topic which is an underestimated problem that exists worldwide.”

Jandae’s next project is an important topic to her and she hopes to continue to bring content to audiences that highlight struggles through great story telling.