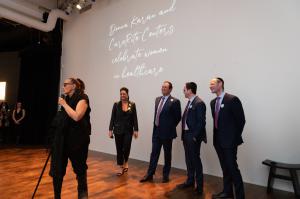 Donna Karan sharing her appreciation for the CareRite professionals 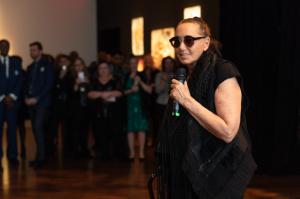 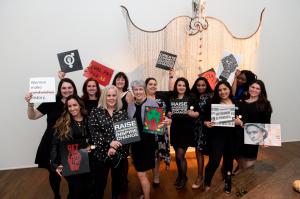 CareRite professionals being recognized by the CareRite Centers corporation and Karan

NEW YORK CITY , NEW YORK, UNITED STATES , March 29, 2019 /EINPresswire.com/ — Donna Karan and CareRite Centers joined together on Tuesday, March 26th to celebrate the role of women in healthcare during Women’s History Month. In a filled room at the Stephen Weiss Studio, the Urban Zen flagship marketplace in New York City, the event welcomed women who serve in all disciplines of healthcare, thanking and recognizing them for their commitment, dedication, and craft. Led by the CareRite Centers executive board, Karan, and world-renowned yoga instructors and Urban Zen co-founders, Rodney Yee and Colleen Saidman-Yee, the evening’s theme centered on the 80% of all healthcare professionals- women.

According to the Department of Labor, approximately 80% of all healthcare workers are women. Serving in roles including nursing, social services, therapy, administration, and much more, women represent the majority in the field of health and human services.

Karan opened the evening with a captivating appreciation for those that serve in the field of healthcare, both men and women. “I believe in the power of women,” began Karan. She went on to share her personal affiliations and reasons for pioneering the Urban Zen Integrative Therapy program and her mission to change healthcare alongside co-founders, Rodney Yee and Colleen Saidman-Yee. As Karan’s late husband, globally-recognized artist and revered executive, Stephen Weiss, fell ill in the early 2000’s, he often made one simple request to his beloved wife, “Donna, whatever you do, please take care of the nurses.” When Weiss passed away on June 10, 2001, Karan made her life mission to “put the care back in healthcare” and fulfill her late husband’s greatest wish.

Ashley Romano, Vice President of Branding and Experience for CareRite Centers, offered to a standing-room-only crowd CareRite’s deep appreciation for the women in healthcare who selflessly give to others, make a difference daily, and go above and beyond the call of duty to ensure the health and well-being of CareRite’s patients and families. “As a woman in healthcare, I have seen firsthand the struggle of being heard and valued until six years ago, when I joined forces with three incredible men. It is important to acknowledge the principals and co-founders of CareRite Centers during Women’s History Month because these men have encouraged and promoted women throughout the ranks to lead their organization since it first began. To do this beside one of our greatest partners, Donna Karan, the woman of all women, is a moment that none of us will ever forget,” shared Romano.

CareRite Centers, a network of skilled nursing and rehabilitation centers across the nation, employs over 8,000 employees who not only are the 80%, but also those who support the 80%. The CareRite executive team proudly recognizes and commends the 80% of healthcare workers who ensure that the comprehensive, holistic treatment provided to patients is of the highest standard of quality, as well as the 20% of men who support the pioneering trailblazers in the field.

CareRite Centers is uniquely recognized within the healthcare industry for its unwavering commitment to cultural diversity, exceeding levels of quality care, and devotion to their most precious resource, their employees.