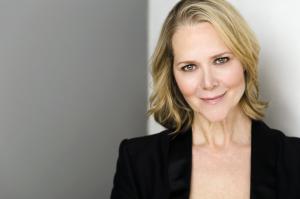 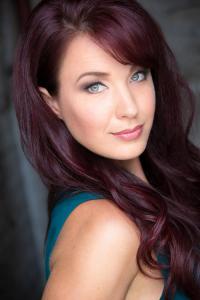 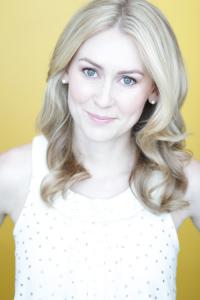 Reel Abilities Film Festival is the largest festival in the United States, promoting awareness and an appreciation of the lives, stories and artistic expressions of people with different disabilities. Its programs have been presented across the state for the past six years. The Reel Abilities Film Festival New Jersey has expanded to include film screenings and special events. The autism benefit will now feature a seven minute film by Robert Getz and a piano solo by Jonathan Weiner, both of whom have Autism Spectrum Disorder.

Three time Tony nominee Luker's Broadway impressive resume includes leading roles in “Fun Home,” the Fairy Godmother in “Cinderella,” “Mary Poppins,” “Nine,” “The Music Man,” “The Sound of Music,” “The Secret Garden, “Phantom of the Opera,” and “Brigadoon.” Her television credits include the CBS Television movie “Cupid and Cate,” "Elementary,""NCIS: New Orleans," “Law and Order-SVU,” “Boardwalk Empire,” “An Evening with the Pops”, “An Oscar Hammerstein Celebration” and “A Tribute to Rodgers and Hart” (PBS), The Kennedy Center Honors honoring Julie Andrews, and a Richard Rodgers celebration with the Boston Pops (PBS).

Boggess is an Olivier nominated actress, perhaps best known for her first Broadway role as Ariel in Disney’s “The Little Mermaid,” receiving Drama Desk and Drama League nominations, as well as the Broadway.com Audience Award for Favorite Female Breakthrough Performance. Her additional Broadway credits include “Master Class,” “It Shoulda Been You,” “The Phantom of The Opera,” and “School of Rock.” Boggess’ Off-Broadway credits include “Music in the Air,” alongside Kristin Chenoweth, for New York City Center’s Encores! Series. In the West End, Boggess has appeared as Fantine in “Les Miserables” and originated the role of Christine Daae in “Love Never Dies,” the critically acclaimed sequel to The Phantom of the Opera, receiving an Olivier Award Nomination for her performance.

Botts can currently be seen on Broadway as Laura Benanti’s understudy as Eliza Doolittle in "My Fair Lady.” Botts also starred in “Doctor Zhivago,” and she starred in the first national tour of "The King an I."
The event is planned and promoted by the Montclair State University Public Relations Student Society of America, which won the 2006 United States Postal Service Executive Public Relations Challenge competition, performed public relations for 2006 and 2007 Associated Press Female Athlete of the Year, Lorena Ochoa, the fifth annual Andy Kaufman Award in 2010, the Curtain Call Award, and Hackensack University Medical Cancer Center.

The show will run from 7:30 – 9:30 p.m. Tickets for the event can be purchased at https://www.eventbrite.com/e/broadway-stars-for-autism-new-jersey-tickets-57627293787 for $15. Montclair students, both current and alumni, can purchase tickets in advance through the Communication Office in Morehead Hall for $10, or purchase them at the door, with a student ID.

Founded in NY in 2007, ReelAbilities Film Festival presents award winning films by and about people with disabilities in multiple locations throughout each hosting city. Post-screening discussions and other engaging programs bring together the community to explore, discuss, embrace, and celebrate the diversity of our shared human experience.