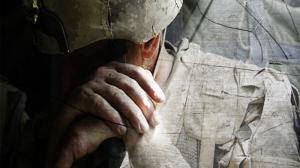 Approximately 20 veterans a day take their own lives, and veterans accounted for 14 percent of all adult suicide deaths in the U.S. in 2016

CCHR’s mission is to eradicate abuses committed under the guise of mental health and enact patient and consumer protections.

CCHR is organizing a protest march to coincide with the 175th Anniversary of the American Psychiatric Association (APA) on May 18 in San Francisco.

We want Cabinet Task Force, PREVENTS (President’s Roadmap to Empower Veterans and the National Tragedy of Suicide), to look at the role of psychiatric drugs and electroshock treatment in each suicide.”
— Citizens Commission on Human Rights

CLEARWATER, FL, UNITED STATES, May 8, 2019 /EINPresswire.com/ — With veteran and service member suicides on the increase, the mental health watchdog Citizens Commission on Human Rights (CCHR) is organizing a protest march to coincide with the 175th Anniversary of the American Psychiatric Association (APA) on May 18 in San Francisco. CCHR says that the drugs recommended to treat combat stress, opioid addiction and alcohol abuse may be contributing to increased suicides and should be investigated and certainly warrants federal investigation.

The Department of Veterans Affairs also reports hundreds of veterans are given electroshock treatment (ECT) every year. [1] The numbers of vets reported being electroshocked do not include those being given ECT in private or non-contracting VA institutions. [2] In 2008 there were at least 75 locations in the VA medical centers network that delivered electroshock. [3] By October 2015, this had almost doubled, with 140 of the VHA’s facilities—approximately 49 percent—delivering ECT to patients, on both an inpatient and outpatient basis.

CCHR wants the Cabinet Task Force, PREVENTS (President’s Roadmap to Empower Veterans and the National Tragedy of Suicide), to look at the potential role of psychiatric drugs and electroshock treatment in each suicide. [4] A Texas ECT Annual Report recorded that of six deaths occurring shortly after ECT administration, four were suicide. [5]

CCHR says any psychotropic and electroshock treatment administered veterans and servicemen should be recorded even if ceased months before their deaths. In recent years, The New York Times, The New Yorker and medical experts have reported that withdrawal effects from antidepressants can last months and even years. [6]

Manhattan-based psychiatrist Kelly Brogan concurs. She points to a study published in the International Journal of Risk & Safety in Medicine that analyzed antidepressant withdrawal, found the mean duration of withdrawal symptoms in those discontinuing SNRI antidepressants was 50.8 weeks—almost a full year. The withdrawal time for SSRI antidepressants persisted nearly twice as long—more than 90 weeks. Neurological symptoms during withdrawal can include “brain zaps”— a sensation resembling an electric shock inside the head. [7]

Sen. Jon Tester, a member of the Senate Veterans’ Affairs Committee, has promised accountability for the VA’s mental health and suicide prevention outreach efforts and said there needs to be more money invested into complimentary therapies. [8] Dr. Bart Billings, a retired Colonel and Medical Service Corps Officer in the U.S. Army would agree, given what he sees as the failure of conventional psychiatric treatment. The surge of psychotropic prescriptions in the military and veteran affairs since 2005 "coincides with the gradual increase, to this day, of suicides in the military. I feel there's a direct relationship," Billings said. [9]

Rates of suicide are highest among younger veterans, ages 18–34. [10] Of 100,000 veterans aged 18-34, 45 committed suicide in 2016. [11] U.S. Pharmacist reports that “The FDA has identified medications and drug classes with increased suicidality, designating them with black box warnings (BBWs). Addition of such medications to a veteran’s drug regimen can further potentiate the risk of suicide.” It also warns that the FDA has identified over 125 drugs, including antidepressants, for potential increased risk of suicidal ideation and behavior. [12]

Antidepressants and antipsychotics play a pivotal role in treating veterans with PTSD and depression and U.S. Pharmacist said it is crucial to recognize the potential risks associated with these drugs, especially in younger veterans. This is particularly so because of mania or aggression linked to antidepressants that “can subsequently lead to self-harm.” [13]

Despite years of reporting a high suicide rate, in June 2018, the VA claimed the average daily number of veteran suicides included deaths of active-duty service members and members of the National Guard and Reserve, not just veterans. Based on 2005-2015 statistics, a VA report revealed there were 6,132 veterans and 1,387 service members who died by suicide in one year. [14]

In 2009, the VA Medical Centers with the highest numbers of people electroshocked (30 or more people) were San Juan, Omaha, North Chicago, Kansas City, and San Antonio. [15]

The potential harm to veterans was born out also in a Wall Street Journal expose on psychiatrists having lobotomized 1,930 veterans during and after WWII, according to records unearthed by the newspaper. The surgery, hidden from public view, left the vets “little more than overgrown children, unable to care for themselves.” [16]

CCHR is organizing the march, which starts at 1 p.m. from Embarcadero Plaza, corner Market St & Steuart St, San Francisco, CA 94105 on May 18. All veterans and their family members are invited to attend. To confirm attending, email jeff@jeffquiros.com.

About CCHR: Initially established by the Church of Scientology and renowned psychiatrist Dr. Thomas Szasz in 1969, CCHR’s mission is to eradicate abuses committed under the guise of mental health and enact patient and consumer protections. L. Ron Hubbard, founder of Scientology, first brought psychiatric imprisonment to wide public notice: “Thousands and thousands are seized without process of law, every week, over the ‘free world’ tortured, castrated, killed. All in the name of ‘mental health,’” he wrote in March 1969. For more information visit, www.cchrflorida.org

Psychiatry in the Military: The Hidden Enemy—Full Documentary