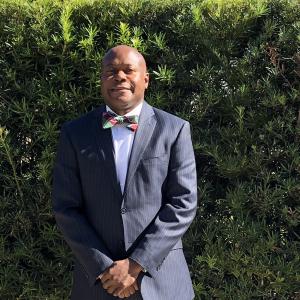 ORLANDO, FLORIDA, USA, May 15, 2019 /EINPresswire.com/ — Largely a symptom of the normal aging process, testosterone deficiency also has a number of other causes. From pituitary gland conditions and various medical disorders to having undergone chemotherapy and other forms of cancer treatment, urologist Cletus Roy Georges, MD reveals more about the issue, its symptoms, and its causes.

"Most notably in younger male patients, testosterone deficiency is quite often tied to conditions of the pituitary gland," reveals Dr. Georges, "but can also be caused by kidney and liver disease, obesity, and diabetes, as well as AIDS and numerous genetic conditions."

Testosterone deficiency, he says, can present with a variety of signs and symptoms, many of which are capable of drastically reducing the general health and wellness of affected patients. Also seen in those who have undergone chemotherapy and other primarily intensive forms of treatment for cancer, low testosterone or testosterone deficiency may also be the result of an infection or injury affecting the testicles.

"As far as the pituitary gland goes," Dr. Georges adds, "located at the base of the brain, it controls all organs capable of producing hormones in the body, and thus, problems here, in particular, have the potential to cause a drastic drop in testosterone levels."

Of symptoms witnessed by those experiencing testosterone deficiency, Dr. Cletus Georges Urology goes on to explain that the severity often depends on the length of time for which a patient has been suffering from reduced levels of the vital hormone. "Patients suffering from testosterone deficiency may find themselves feeling overly tired, sad, down, or depressed, experiencing low libido, mood irritability, and reduced exercise endurance," he reveals, "and, also, otherwise unexplained, unwanted weight gain."

"Perhaps most serious of all among the effects of testosterone deficiency, however," reveals Dr. Cletus Georges, "is a reduction in bone mineral density, and, with it, bone thinning."

Dr. Cletus Roy Georges says that anyone experiencing any of the obvious, outward symptoms of testosterone deficiency should visit their physician or, preferably, a specialist, such as a urologist. "It's advisable to have blood drawn, following which hormone levels may be precisely measured, and a diagnosis or conclusion promptly reached," adds the expert, wrapping up.