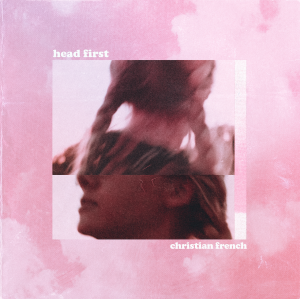 Get it HERE via Disruptor Records: https://disruptor.lnk.to/headfirstCF

Produced by Andrew Luce [LANTERNS], the track bobs along on dreamy clean guitar, lush synths, and a slick and steady beat. Shades of alternative, electro, and pop glisten alongside his bright delivery. Everything builds towards a swooning and soaring refrain, “I’m diving head first hoping I can love you!”

About the track, Christian details the total infatuation hinted at by the lyrics. He explains, “You’re completely hooked on this person, and they don’t even know it. This song is confessing these feelings in sort of a hypnotic way – being helplessly obsessed.”

That feeling of obsession can also describe the enthusiastic embrace of Christian by fans and audiences everywhere. Following the release of last month’s breezy “breaking all the rules” and raw “heavy snow”, Christian’s music explores various soundscapes and emotions leaving listeners craving more.

Right now, he is hard at work on more music for release very soon as well as a Fall tour.

Get ready for more big news from Christian French soon.

About CHRISTIAN FRENCH:
Self-taught and self-started, Indiana native Christian French went from posting acoustic covers on Soundcloud in high school and while attending Indiana University, to collaborating with producers such as Triegy and GRAMMY® Award-nominated Dru Decaro and touring with the likes of Chelsea Cutler and Quinn XCII. He landed a hit on Spotify’s US Viral 50 with “Fall For You.” Meanwhile, the single “By Myself” generated 19 million streams within a few months’ time. As his 2018 EP natural colors picked up steam, his monthly listenership on Spotify averaged over 1.9 million fans.