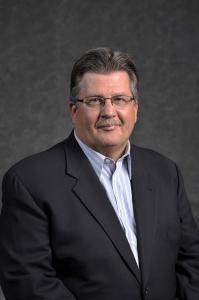 ITsavvy just announced that, for the tenth year in a row, they have been singled out by Crain’s for its annual Largest Privately Held Companies list.

Making the list each year is something we have come to expect, but never take for granted. We will always be grateful to Crain’s for giving us another opportunity to shine.”
— ITsavvy President and CEO Mike Theriault

ADDISON, ILL., U.S., May 21, 2019 /EINPresswire.com/ — ITsavvy, one of the leading complete technology solution providers in the U.S., just announced that, for the tenth year in a row, they have been singled out by Crain’s for the publication’s annual Largest Privately Held Companies list. During those 10 years, ITsavvy has surpassed 93 organizations on the list, moving up 28 positions in the last year alone.
ITsavvy President and CEO Mike Theriault attributes the company’s sustained growth to many factors including outstanding personnel, strategic expansion into new markets and the continual addition of in-demand technology solutions. “Above all, it’s our dedication to providing client service that far surpasses any of our competitors,” he said. “This has resulted in a growing portfolio of long-term clients.”
Other organizations on the Crain’s list include global companies from a variety of sectors such as technology, retail, commercial real estate, manufacturing and insurance.
Crain's exclusive ranking of the largest privately held companies is based on 2018 revenue. This ranking, while not an exhaustive list of private companies in the Chicago area, is the most comprehensive available. While most information is voluntarily disclosed by the companies, figures estimated by Crain's are derived from various outside sources. The list considers firms in the following Greater Chicago counties: Cook, DuPage, Kane, Lake (Ill.), Lake (Ind.), McHenry and Will. It also includes headcounts, top executives and additional analysis of industries and companies.
“The first time that we made this list—it was very exciting,” Theriault added. “We had just started experiencing meteoric growth and it was a milestone for us. Making the list each year is something we have come to expect, but never take for granted. We will always be grateful to Crain’s for giving us another opportunity to shine.”
ITsavvy is a leader in tailored, end-to-end IT product and service solutions. ITsavvy built its reputation as a value-added reseller with industry-leading product availability, design and implementation, client support and delivery speed through 46 distribution centers across the U.S. ITsavvy also has data center locations in Cedar Knolls, N.J. and Oak Brook, Ill. The company’s user-friendly website provides concise, leading-edge IT decision-making resources, including an e-commerce site with real-time pricing and availability. ITsavvy is headquartered in Addison, Ill., with offices in Chicago’s Loop; Hauppauge, N.Y.; New York, N.Y.; Naples, Fla.; Miami; Indianapolis; Warren, N.J.; Davenport, Iowa; Hayward, Calif.; and Beavercreek, Ohio. Call 855.ITsavvy (855.487.2889), email info@ITsavvy.com, visit www.ITsavvy.com. Visit ITsavvy’s Media Center at www.ITsavvy.com/about/media-center. For media inquiries, contact Jeanna Van Rensselar at Smart PR Communications; 630-363-8081.