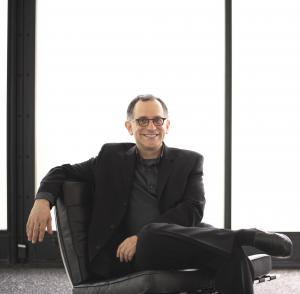 CHICAGO, IL, UNITES STATES, June 12, 2019 /EINPresswire.com/ — Illinois Institute of Technology today announced that architecture and academic thought leader Reed Kroloff will serve as the next Rowe Family Dean of its College of Architecture, stepping into a role first filled by Ludwig Mies van der Rohe more than 80 years ago.

“The university community is thrilled to welcome Reed and the unique voice and vision he will bring to Illinois Tech’s historic leadership in architecture,” said Peter Kilpatrick, Illinois Tech’s provost and senior vice president for academic affairs. “With more than 30 years of professional experience as an educator, critic, design practitioner, and consultant, he is the right person to guide our College of Architecture to a new level of eminence nationally and internationally.”

Currently, Kroloff is principal of jones|kroloff, an influential design-strategies firm. Previously, he served as director of the renowned Cranbrook Academy of Art and Art Museum in Bloomfield Hills, Michigan, dean of the Tulane University School of Architecture in New Orleans during and after Hurricane Katrina, and editor-in-chief of Architecture magazine when it was the nation’s leading design publication.

“As an unapologetic modernist, I’m excited to be part of an institution that has been—and remains—so central to the history and practice of architecture,” said Kroloff. “There is no more significant laboratory for modern architecture than this school and its campus, nor a more auspicious moment to join Chicago’s only design- and tech-focused university than during the 100th anniversary of the founding of the Bauhaus.”

Kroloff’s writing has been featured in a wide selection of books, magazines, journals, and catalogs, and he is a sought-after lecturer, moderator, panelist, and reviewer. He has appeared in broadcast series such as 10 That Changed America on PBS as well as Architecture School and Big Ideas for a Small Planet, both on the Sundance Channel. Regarded as an influential forecaster of emerging design talent, Kroloff has spoken at TED and the Aspen Design Conference. His work has been included at the Venice Biennale of Architecture, and he received the Katherine Edwards Gordon Rome Prize from the American Academy in Rome.

At his current firm, Kroloff has worked with clients on some of the most significant architectural and design projects of the last 25 years, including, among many others, the Jose Vasconcelos National Library of Mexico, the Whitney Museum of American Art, the National 9/11 Pentagon Memorial, the Logan Center at the University of Chicago, and the High Line in New York City. The aggregate value of projects on which jones|kroloff has consulted now exceeds $1 billion.

Kroloff holds a bachelor of arts from Yale University and a Master of Architecture from the University of Texas at Austin.

ABOUT ILLINOIS INSTITUTE OF TECHNOLOGY
Illinois Institute of Technology, also known as Illinois Tech, is a private, technology-focused research university. Illinois Tech is the only university of its kind in Chicago, and its Chicago location offers students access to the world-class resources of a great global metropolis. It offers undergraduate and graduate degrees in engineering, science, architecture, business, design, human sciences, applied technology, and law. One of 21 institutions that comprise the Association of Independent Technological Universities, Illinois Tech provides an exceptional education centered on active learning, and its graduates lead the state and much of the nation in economic prosperity. Illinois Tech uniquely prepares students to succeed in professions that require technological sophistication, an innovative mindset, and an entrepreneurial spirit. Visit iit.edu.