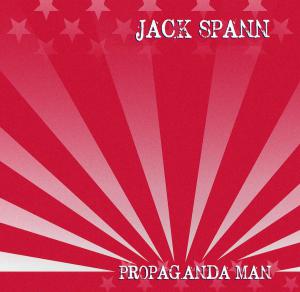 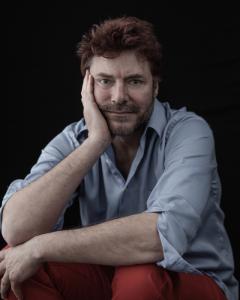 NEW YORK, NY, USA, June 13, 2019 /EINPresswire.com/ — Jack Spann has had an incredible couple of years. The Saint Louis native has lived in New York City for the last 18 years and established himself as one of the city's in-demand keyboardists. His reputation led to an introduction to David Bowie's producer, Tony Visconti who hired him to play on the demos for what would be Bowie's final album, Blackstar.

Spann's Visconti connection did not end there. It led to an introduction to Milwaukee-based producer, Gary Tanin, who worked with Spann on his 1st and 2nd solo records, Time, Time, Time, Time, Time, and Beautiful Man From Mars and now on his 3rd upcoming release Propaganda Man.

The album took two years to complete and is different from his last, in that it faces social issues head on and does not shy away from addressing thorny social conundrums. Several guests appear while Spann provides lead vocals, piano, keyboards, guitar and bass. Cecil Robbington provides drums and percussion along with producer Gary Tanin adding additional keyboards.

Spann confesses he has drawn on the inspiration of having worked with David Bowie on the Blackstar demos. The 12-song record kicks off with the title track “Propaganda Man”, “… [which] is vintage Jack Spann. He sings of 'crunching numbers' and 'equations . . . while the world waits, breathless' … the politics of spinning information.” “'Rage in the Garden' – Just enough Jersey Sound flair to qualify as a tune that Little Steven should cover with his Disciples of Soul.” “'Her Majesty' – echoed the Abbey Road vintage of the Fab Four – It is hard to sound like Ringo but they pull it off on this track – one of many elements that give the track this Beatles fan's stamp of approval….” “'She's My Love Line' does sound like a Billy Joel tune recorded in Detroit with Ray Charles at the keys for good measure.” – Ken E. Raisanen – From The Vaults – WOAS-FM 88.5.