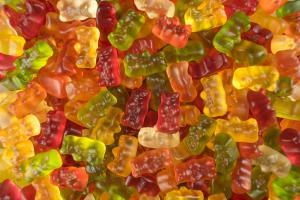 Not your average “gummy bears” — edibles are landing kids in emergency rooms across the country. 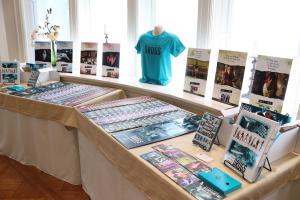 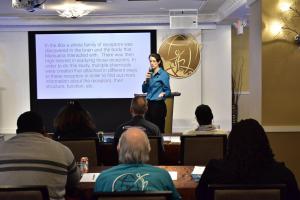 “Education is critical to help save our youth,” said Thalia Ghiglia, DC advocacy director of the Drug-Free World program.

Recent trends in edible candies putting kids in danger of life threatening overdoses, because parents, grandparents and babysitters have left them lying around.

Parents, babysitters, teachers and caregivers need to be aware of this threat and prevent accidental overdoses leading to kids ending up in hospital emergency rooms”
— Thalia Ghiglia, DC advocacy director of the Drug-Free World program

WASHINGTON, DC, USA, June 19, 2019 /EINPresswire.com/ — Imagine being a little kid and you see a shiny wrapper sitting on the counter that looks like a promising sweet treat like gummy bears, brownies and other “candy”. However, within an hour you start to feel extremely dizzy, have a rapid heartbeat and feel like you are suffocating. What you thought was an innocent candy was actually your parents’ “edibles.”

Accidental ingestion of marijuana edibles, is becoming a dangerous problem in states where marijuana has been legalized. Caretakers and parents are leaving it in reach of children with devastating results.

Talking with CBC News, Dr. Bhaskar Gopalan puts it into perspective, "But imagine an eight-year-old child ingesting some edible cannabis and having a six-hour experience of hallucinating, anxiety, paranoia — it can be quite damaging for the kid's psyche." [1]

In New Mexico, Ohio and California kids have taken these marijuana laced gummies to school thinking they were candy, and distributed them among their classmates, sending multiple children to the ER. There are already two cases this month of several students becoming ill due to the distribution of these candies at a school in Virginia, and one child at an elementary school in Massachusetts had to be hospitalized after eating candy with THC (tetrahydrocannabinol, the main chemical in marijuana).

According to a study by the Colorado Department of Public Health and Environment, approximately 22.4% of homes in Colorado have unsafely stored edibles, and this represents 23,009 homes. In LA calls to the poison control center for children accidentally eating marijuana increased 45% from 2016 to 2017 after marijuana became legalized. Also, according to the Center on Addiction, the rates of marijuana exposures on children age 5 and younger increased nationally by 148 percent over a seven-year period. Furthermore, these edibles are packaged in an extremely similar design to many popular candies. This makes it appealing to kids and they can easily mistake it for that name brand candy.

The effects of edibles on kids are much more intense than those on adults. Cookies and candy with marijuana in them contain multiple doses of tetrahydrocannabinol (THC), the chemical that causes the physiological effects of marijuana. When a kid eats this, they often experience intense overdose symptoms. Most of the kids that ate these edibles were then sent to the ER with strong symptoms such as dizziness, accelerated heart rate, trouble breathing and even seizures.

These issues can only be remedied with more drug awareness and education. Resources that are offered from sources like the Foundation for a Drug-Free World can help people to understand the truth about what effects drugs like marijuana can have on oneself and the people around them. www.drugfreeworld.org/drugfacts/marijuana.html

“Parents, babysitters, teachers and caregivers need to be aware of this threat and prevent accidental overdoses leading to kids ending up in hospital emergency rooms,” cautioned Thalia Ghiglia, DC advocacy director of the Drug-Free World program.

“Education is critical to help save our youth,” Ms. Ghiglia continued.

The Foundation for a Drug-Free World works with many other prevention centers to educate youth that these drugs are essentially poisons. The Foundation’s “Truth About Drugs” program includes free drug prevention and education booklets and videos in 22 languages. To obtain these go to www.drugfreeworld.org.

The Foundation for a Drug-Free World is a non-profit public benefit corporation based in Los Angeles that focuses on grassroots level drug prevention and education and provides high quality materials to health counselors, teachers, sheriff’s departments and police, all over the world. Through the efforts of the Foundation, its volunteers and partners, more than 50 million of the Truth About Drugs educational booklets have been distributed, tens of thousands of drug awareness events have been held in some 180 countries and the Truth About Drugs public service announcements have aired on more than 500 television stations.

For more information on the Truth About Drugs program go to www.drugfreeworld.org
https://www.scientology.tv/series/voices-for-humanity/darren-tessitore.html

• Besser, Jason. “Toddlers and THC: The Number of Young Children Exposed to Marijuana Is on the Rise.” Center on Addiction, 19 Apr. 2018, www.centeronaddiction.org/the-buzz-blog/toddlers-and-thc-number-young-children-exposed-marijuana-rise.