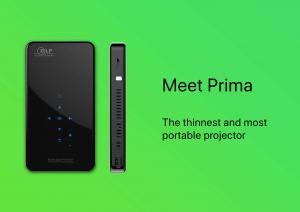 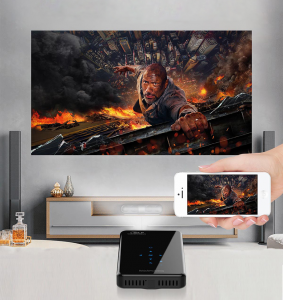 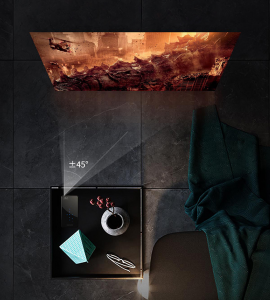 Cinema-like experience for home entertainment and those frequently on the go.

Unlike any other portable projectors you've seen before. Prima Projector turns every moment into an ultimate, standalone multimedia experience.

Prima Projector is actually a standalone Smart TV powered by Google's Android operating system. It can natively support YouTube, Netflix and thousands of other apps directly from the Google Play store”
— Prima Projector

NEW YORK, NY, USA, June 25, 2019 /EINPresswire.com/ — Prima Projector team has done it. After years of R&D, they have developed a pocket-sized portable Prima Projector. It promises a cinema-like experience for home entertainment and those frequently on the go. This small sized gadget allows the user to cast from any device at anytime and anywhere.

An HD image projection with a brilliant display of 200 lumens is capable of lighting up any room day or night. Unlike other projectors, Prima has a keystone projection that allows for automatic or manual screen adjustments to provide the perfect size and image for your viewing pleasure. These life-sized images can be projected up to 200 inches which makes live streaming, gaming and movie nights much easier. And with it comes a powerful surround sound that makes viewing content more enjoyable.

With Prima in your pocket, you can direct cast from any device that runs on Android, iOS, Mac or Windows. Prima also has multiple methods to connect such as Wi-Fi hotspot and many ports to easily connect your devices directly such as USB and HDMI. To top it all off, Prima Projector is actually a standalone smart TV powered by Google's Android operating system. It can natively support YouTube, Netflix, PowerPoint and thousands of other apps directly from the Google Play app store. Prima Projector allows you to bring the power of a full fledged smart-TV anywhere you go: whether you need to do a boardroom presentation for important investors or enjoy your favorite Netflix shows on the bedroom ceiling of your hotel room, Prima is the perfect companion for you.

Toggle between apps or switch sources, the projector with its smart control touchscreen controls makes you forget the way clunky old projectors are operated. Prima includes a remote as well for easy control from a distance. Prima's universal compatibility is a bonus not found in many similarly looking gadgets around. The highly-versatile projector is a perfect family asset that can be employed to work as well as play. Prima is easy to set up. There are no hassles to get started as the package comes with a tripod, a charger, remote control, and an HDMI cable along with it. Set it and get going.

As part of its summer marketing campaign, Prima Projector is currently on sale and offers free shipping. Hop over to www.primaprojector.com to get your hands on one of these incredible projectors today!

About the Team:
Prima Projector is made by a team of designers and engineers who love gadgets, travelling, and entertainment. Their baby, Prima Projector is a multimedia gadget that reflects their passion for all three. At present, they are running their operations from two locations- Hong Kong and New York.