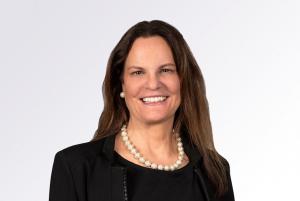 We are delighted to announce the creation of our Legislative, Regulatory & Policy Services Group, which has been designed to be instrumental in the development of relevant legislation and regulations.”
— Marcia S. Wagner

WASHINGTON, D.C., USA, July 1, 2019 /EINPresswire.com/ — The Wagner Law Group, one of the country’s preeminent ERISA law firms, has added the Legislative, Regulatory and Policy Group to its core practice areas. The firm has formed a strategic affiliation with Christopher E. Condeluci, principal and sole shareholder of CC Law & Policy, for purposes of enhancing its legislative, regulatory and policy services. Chris served as Tax and Benefits Counsel to the Senate Finance Committee, where he participated in the development of portions of the Affordable Care Act (ACA), including the ACA Exchanges, the insurance market reforms, and the taxes under the law. Chris also developed pension-related legislation, most notably, technical corrections to the Pension Protection Act and funding relief for single- and multi-employer defined benefit plans.

Chris’s current practice focuses on the ACA and its impact on stakeholders ranging from employers and third-party administrators to health IT companies and hospital/health systems. He also provides counsel on legal and policy matters relating to Association Health Plans. Chris is active on Capitol Hill on employee benefit-related matters, and routinely engages with various federal departments on both health and retirement issues.

As a registered lobbyist, The Wagner Law Group has already been retained to provide lobbying services in support of pension/retirement legislation. In cooperation with Mr. Condeluci, the firm has also prepared and submitted amicus curiae briefs to the U.S. Court of Appeals for the District of Columbia Circuit on behalf of two States as well as multiple trade groups in support of the Department of Labor in State of New York, et. al. v. U.S. Department of Labor – a case involving an appeal of the decision striking down the Department of Labor’s final rule expanding the availability of Association Health Plans. Please click here to find out more about The Wagner Law Group’s Legislative, Regulatory and Policy services.

The Wagner Law Group has been dedicated to the highest standards of integrity, excellence and thought leadership for over two decades and is considered to be the nation’s premier ERISA and employee benefits law firm. With 35 attorneys in nine offices, it provides unparalleled legal advice to its clients, including large, small and nonprofit corporations as well as individuals and government entities nationwide and in several foreign countries. The firm’s attorneys combine many years of experience in their fields of practice and include those who are AV rated by Martindale-Hubbell and have been named to the prestigious Super Lawyers list for 2019. The Wagner Law Group is recognized by U.S. News and World Report as a Tier 1 Best Law Firm in the areas of ERISA and employee benefits and is certified as a woman-owned and operated business by the Women’s Business Enterprise National Council.