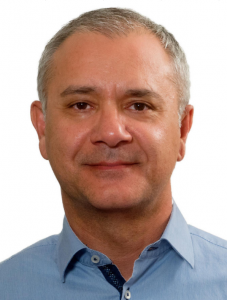 NEW YORK CITY, NY, UNITED STATES, July 5, 2019 /EINPresswire.com/ — Optimism is defined as “hopefulness and confidence about the future or the successful outcome of something.” Though often overlooked, it is one of the key components of effective leadership. When a leader is confident about successful outcomes for the future, it can motivate an entire company to push themselves to achieve planned expectations.

Seeing the best in people and expecting the best from employees and yourself is a key to being an effective leader, said Andrew Malek, an executive leader, and former CEO. Since optimism does not come naturally to all strong leaders, it’s essential to cultivate it. Here are some suggestions from Andrew Malek.

1. Understand what optimism is.

Optimism does not mean having a naïvely rosy view of a situation, Andrew Malek emphasized. In an interview with NBC News, LMSW Kimberly Hershenson said, “Positive thinking doesn’t mean that you ignore life’s stressors. You just approach hardship in a more productive way.”

Approaching difficulties in the workplace with the confidence of a successful outcome, rather than feeling a situation is hopeless, will produce the positive rewards of optimism. Cultivate compassionate, creative approaches to problem-solving with the expectation of success will ensure a more effective outcome.

2. Consider the positive effects of optimism.

When challenged, it is tempting to get down on yourself and your employees, but bear in mind the benefits of being an optimistic leader and do not fall into the trap of negative thinking.

According to NBC News, research shows there are tangible benefits to having a positive outlook. Optimism creates physical and mental resilience, better cardiovascular health and immune system, more successful relationships and even a lengthened lifespan. An article published in Harvard Men’s Health Watch discussed a U.S. study that found the most pessimistic individuals had a 42% higher rate of death than the most optimistic.

When it seems pointless to maintain an optimistic outlook, remember the impact optimism has on yourself as a leader as well as the workplace.

“Man often becomes what he believes himself to be,” Mahatma Gandhi said. “If I keep on saying to myself that I cannot do a certain thing it is possible that I may end by really becoming incapable of doing it. On the contrary, if I have the belief that I can do it, I shall surely acquire the capacity to do it even if I may not have it at the beginning.”

As human beings, we have the choice to live in the negative or positive. On a daily basis events and interactions with people impact our thoughts in many different ways. We cannot ignore the fact that a negative thought has the potential to negatively influence our total being and soon can impact other thoughts. Therefore, the best course of action is to be vigilant and actively replace negative thoughts with positive ones.

4. Surround yourself with positive and complementary individuals.

The people you surround yourself with have an influence on your thought patterns, Andrew Malek said. Negativity is contagious, but so is optimism and positive thinking. Find co-workers, friends, and companions who are positive, and their mindset will rub off. When you are trying to cultivate optimism, Andrew Malek said, being around others who share those priorities too is one of the best steps you can take.