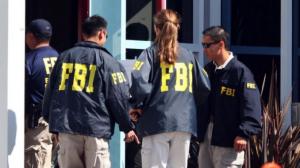 After raids by the FBI, investigations by state agencies and now massive declines in share value, investors are filing a GPB Capital lawsuits to recover losses.

PALM BEACH, FL, USA, July 10, 2019 /EINPresswire.com/ — Many investors that invested in GPB Capital Holdings ("GPB") were shocked by the recent drop in GPB Capital share price and caused them to file lawsuits against the broker-dealers and advisors that sold them GPB Capital.

There is a limited time for investors to file claims to recover losses. Investors seeking to recover losses can get a free case review by calling 1-888-628-5590 or visiting their site at www.InvestmentFraudLawyers.com.

Attractive investment yields lured countless investors offered GPB. However, Haselkorn & Thibaut has uncovered that many advisors were motivated to sell the GPB Funds because they earned an 8 percent commission. In total, financial advisors were paid over $100 million in broker commissions!

According to its site, GPB Capital is a New York-based alternative asset management firm focusing on acquiring income-producing private companies in various industries (specifically the automotive sector). They raise over $1.3 billion and purchased automotive dealerships in New York, Texas, and Pennsylvania.

Last July, GPB Capital sued its former partner who allegedly reneged on a sale of several dealerships in the New York area. GPB is seeking the return of $42 million GPB had paid to the former business associate. As litigation continues, other issues for GPB came to light last year:

• April 2018 – GPB failed to produce audited financial statements;
• August 2018 – GPB announced no new investor capital would be accepted;
The investigation, including sales practices of over 60 independent broker-dealers;
• November 2018- GPB's auditor, citing perceived dangers, resigned; and
• December 2018 – FINRA and SEC have also launched independent Investigations into GPB and those broker-dealers who have sold the GPB Funds.

It was reported that the State of Massachusetts' Investigation was prompted by an anonymous tip from an investment firm. It alleges that GPB Capital missed significant SEC filing deadlines, which were required due to the size of the GPB Funds.

The GPB Capital Funds are private placement investments, which can be very complex, insecure, and unsuitable for most retail investors. Private placements should only be available to accredited investors, which is an investor with over a $1 million net worth, or income greater than $200,000 (or $300,000 for joint income).

If you are an investor with any questions related to the handling of your investments in the GPD Capital Funds or any other private placement, Please telephone Haselkorn & Thibaut at 888-628-5590, or go to InvestmentFraudLawyers.com, for a no-cost consultation and portfolio review. No Recovery, No Fee.