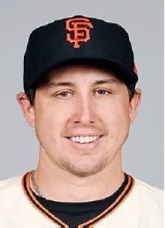 TLED has appointed Derek Holland to its Advisory Board. Mr. Holland is a starting pitcher for the San Francisco Giants Major League Baseball Team.

Mr. Holland was drafted in the 25th round in 2006 out of Wallace State Community College in Hanceville, Alabama. In 2013, as a pitcher for the Texas Rangers, Mr. Holland went 10-9 with a 3.42 ERA in 33 starts, and was ranked among the American League leaders in shutouts, innings, strikeouts, strikeouts per nine innings pitched and ERA (14th, 3.42). He had a career-best 2.95 strikeout-to- walk ratio and had 3 starts of 7.0-or-more innings while allowing 2-hits-or-less: tied for the most in the American League and most by a Ranger since Nolan Ryan had 4 such starts in 1991. He averaged a career-low and team-best 0.85 home runs allowed per 9 innings, the 15th-best figure in the American League. In 2010, he pitched 5.2 innings in the ALCS with no earned runs, and was crucial in Game 4, earning the victory against the defending champion New York Yankees. He came in in the fourth inning with one out and the bases loaded, and got his team out of a serious jam.

Derek will serve on the Board of Advisors for a period of 2 years, providing input to the TLED companies on all matters, from market targets, to financing, to product design and aesthetics. He brings his significant influence to the TLED brands, as well as many years of self-marketing expertise. “Derek is great in a crunch and will help immensely as we drive our brands forward,” said TLED’s CEO, Eric Hill, “solid-state lighting is a constantly-changing field and Mr. Holland brings tactical, as well as strategic thinking to our innovative team.”

About the Company: TLED is focused on becoming an industry pioneer in the research, development, manufacturing, and sales of state-of-the-art Solid-State Lighting (SSL). The Company will provide high-quality consumer lighting products, as well as specialize in the design of advanced light engines and fixtures employing unique light emitting diode (LED) technologies for the use in homes, municipalities, commercial buildings and operations, and biological lighting industries, including algae, horticulture, and human phototherapy markets.