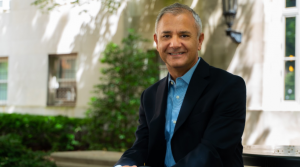 Andrew Malek discusses grit and why it is a key ingredient in developing a strong leader.

NEW YORK CITY, NEW YORK, UNITED STATES, July 12, 2019 /EINPresswire.com/ — Grit is defined as “courage and resolve; strength of character” and in recent years, grit has gotten a lot of attention as a crucial characteristic for being a good leader. In her New York Times bestseller “Grit: The Power of Passion and Perseverance,” Angela Duckworth explains that grit, more than talent, determines a successful leader. Andrew Malek, a senior executive, also emphasizes recognizing the importance of grit helped him become a dynamic leader.

Angela Duckworth even provides a “grit scale” where people can find out how “passionate and preserving” they see themselves. Statements to evaluate on this scale include “Setbacks don’t discourage me. I don’t give up easily” and “I finish whatever I begin.” Andrew Malek mentioned this scale is a good jumping-off point to determine whether grit is a trait that comes naturally or needs to be further honed.

Grit means finding perseverance and sustainable passion to work toward long-term goals, rather than growing discouraged and giving up when things do not work out as quickly as one might hope.

As anyone who has been in the workplace knows, it is inevitable to encounter frustrations, tedium, and setbacks, no matter how hardworking or earnest one may be. But possessing grit requires setting aside the emotions and natural frustrations and continuing to strive toward a long-term goal with tenacity.

One key component to grit is commitment. Many leaders are excellent at making goals and commitments, Andrew Malek indicates, but the follow-through can be lacking. Leaders must model commitment and expect it from their team as well. He recommends regular follow ups with team members to discuss commitment to achieving goals rather than just talking about it at annual review time.

Andrew Carnegie said, “Men are developed the same way gold is mined. When gold is mined, several tons of dirt must be moved to get an ounce of gold; but one doesn’t go into the mine looking for dirt— one goes in looking for the gold.” A good leader must persevere through the dust and dirt with a goal in mind— this is true grit.

Andrew Malek added, another way to cultivate the characteristic of grit is to read inspiring stories of leaders who have had persevered with passion through difficult circumstances. In her book, Angela Duckworth shares plenty to get started with: teachers working in tough schools, young finalists in the National Spelling Bee, Seattle Seahawks Coach Pete Carroll. These stories are inspirational examples of grit in action.

Pursuing grit as one of the chief components of strong leadership creates a workplace that is conducive to growth. Andrew Malek credits this quality as one of the factors for his success and believes it is a leader’s responsibility to not only convey this trait, but also serve as a catalyst to inspire others to further develop their resiliency.