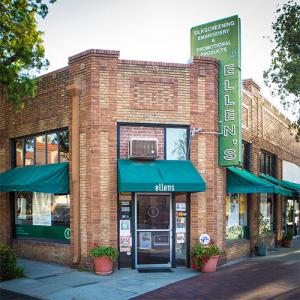 “We're honored to include Ellen Daigle into our BoLAA family.” ~Aurora DeRose

The “Best of Los Angeles Award” community was formed four years ago and consists of over 5,300 professional members living and working in Southern California. It celebrates the best people, places and things in Los Angeles with a slogan “No Ads. No B.S. Only the Best.”

“The mission of the community is to celebrate the best of Los Angeles, and allow its community members to connect with other members who share the highest standards of quality and integrity,” expresses DeRose. "We're honored to include Ellen Daigle into our BoLAA family."

Ellen’s Silkscreening is a medium sized apparel printing and embroidery company based in South Pasadena, California. They regularly handle printed and embroidered orders of between 24 and 5,000 units in-house on a 7-10 working day turnaround. Their knowledgeable sales team also sources out printed promotional product orders to a large network of vendors on a daily basis. Thanks to the dedication and stability of the production staff, another tradition has developed at Ellen’s, one of outstanding craftsmanship and technical excellence that allows them to serve some of the most discerning screen printing and embroidery customers in Southern California.

Originally from New York City, Ellen came to California in 1960. She initially trained as a nurse and spent more than a decade working as an RN. Being a single mom of three daughters, she started Ellen’s Silkscreening in 1978 with the goal of having a career that would allow her to spend more time with her girls. Ellen quickly found that she loved running a business and Ellen’s Silkscreening grew steadily to become the bustling company that it is today. Ellen’s enthusiasm and warm personality continue to make the shop a friendly and welcoming place to visit and make orders.