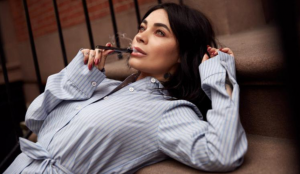 In California, half of tobacco and vape shops fail to ID teens.

NEW YORK, UNITED STATES, July 17, 2019 /EINPresswire.com/ — According to a research published in the medical journal JAMA Pediatics, almost half of tobacco and vape shops illegally sold nicotine-containing products to teenagers. While the legal age to purchase tobacco products, e-cigarettes and e-liquid containing nicotine is 21 in California, it appeared that during an undercover operation 18 and 19-years old teens were not asked to show their ID.

The research also showed that shops were more likely to sell vape products over traditional cigarettes, which could be caused by the fact that vape products cost more and they might have a higher profit margin for retailers, so the temptation is greater to sell.

The increase of vape products amongst teens have raised significantly, with over 40% of 12 graders saying they now own a device, according to a report released last year. Apparently, raising the age to 21 isn’t working enough if vape and tobacco shops don’t check for ID’s.

98% of the vape shops were aware of this new legal age law, which was introduced in 2016 in California. The country's leading vape manufacturer, Juul Labs, has considered opening private retail stores that would check customers' IDs at the door. The move came amid heightened scrutiny of the company, including a lawsuit from North Carolina's attorney general accusing the manufacturer of marketing products to children.