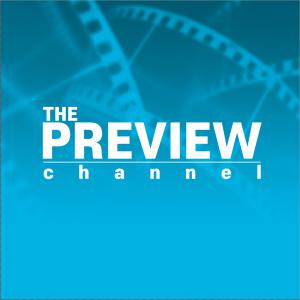 We are excited to be able to offer our mobile consumers access to popular new and archival movie and video game content in an on-demand, easily digestible format on their portable devices”
— William Sager, C.E.O, Chairman and Founder

The trailers and thematic blocks of movie and videogame related content will run between two and six minutes in length and air seven days a week. The application will be algorithmically compiled by its partner, XUMO TV. It will be ad-supported and 100% free to consumers.

“We are excited to be able to offer our mobile consumers access to popular new and archival movie and video game content in an on-demand, easily digestible format on their portable devices,” said William Sager, The Preview Channel™’s founder and CEO. The Preview Channel has a library of over 200,000 trailers and short form programs including the highly sought after and compelling behind-the-scenes Hollywood footage.

The Preview Channel™, which reaches over 60 million viewers across its multiple platforms, expects the App to particularly be favored by millennials. Research firm EMarketer estimates that 94% of millennials are smartphone users, a key demographic.

According to EMarketer, adults in the United States will spend an average of three hours and 43 minutes each day on their smartphones, feature phones and tablets this year; eight more minutes than they’ll spend watching TV. “Millennials are hungry for smart, fun content that’s relevant to them – and movies and video games couldn’t be more culturally on point,” said Sager. “With The Preview Channel™ we’ll be able to meet that demand in a new style and format that works for them.”

ABOUT THE PREVIEW CHANNEL:

The Preview Channel™ is a 24/7 advertiser supported linear channel as well as an AVOD channel that features and premieres first run movie and video game trailers, most of them well in advance of their theatrical release and retail distribution for fans worldwide. The channel provides its affiliates and consumers a constantly refreshing stream of high production value content featuring productions from the biggest film directors and game designers with the most recognizable movie stars in the world. It is available on Xumo and Samsung Smart TV's encompassing the following brands and manufacturers: Sony, LG, HiSense, LG, Panasonic, Funai, Vizio, Sanyo, Sharp, Magnavox and Phillips. Also available at GooglePlay, Apple Store, Roku, Amazon Fire Stick, T-Mobile PCS 'Metro Play', TiVo (set-top), Comcast Infinity and will be launched in France, Germany, Spain, the UK, Brazil and Italy later this year.

William Sager – Founder, Chairman and CEO. William started one of the cable industry’s first satellite delivered pay-per-view service in the early 1990’s called ‘The People’s Choice’. He went on to start several other broadcast, cable and OTT channels, including assisting with the launch of ‘NightFlightPlus.com’ in 2016. In 2017, Mr. Sager formed a venture with Screenplayinc. to provide the content for ‘The Preview Channel™, which has been trademarked worldwide since July 3, 2018 under Registration Number 5,510,196. The Preview Channel is the fastest growing TV channel in the OTT marketplace and is a division of MediaHub.nyc. It has offices in Los Angeles, New York City, Seattle and Tampa, Florida.