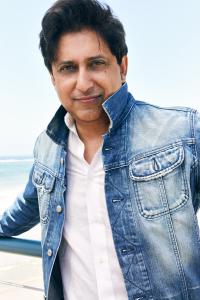 “People within certain groups identify more with one another than others,” explains Dr. Srini Pillay, best-selling author and established neuroscientist.

BOSTON, MA, UNITED STATES, July 29, 2019 /EINPresswire.com/ — Although most of the public isn’t aware of the term “Linked Fate,” it is something researchers have been intensely studying over recent years. Currently, it’s used to describe how someone may perceive that what happens to members of their own racial or ethnic group actually affects themselves. It was originally used to explain persistent Democratic voting bloc patterns among black Americans. More recently it has been used to examine how closely connected black Americans feel toward one another and how they feel between and among other racial groups.

“People within certain groups identify more with one another than others,” explains Dr. Srini Pillay, best-selling author and established neuroscientist, “In 2016, political science professor Gabriel Sanchez and public affairs Ph.D. Edward Vargas explained that this phenomenon of “linked fate” is not equal across all races. It is more powerful in African Americans than in Non-Hispanic Whites, Hispanics, and Asian populations.”

Srini Pillay M.D. is a Harvard-trained psychiatrist, brain researcher, certified master executive coach, technology entrepreneur and musician. He is regarded as a pioneer in the field of transformational neurocoaching and has been extensively featured in the media including CNN, Fox, The New York Times, The Boston Globe, Forbes and Fortune. He is an award-winning author of multiple books and an in-demand keynote speaker. His most recent book is “Tinker Dabble Doodle Try: Unlock the Power of the Unfocused Mind”.

A recent Pew Research Center survey finds that racial or ethnic group membership, education and partisanship are the most important determinants of linked fate within and across racial groups. For blacks and Hispanics specifically, experiences of discrimination increase the likelihood of saying that what happens to the other group will affect them as well.

“While connecting with a group has major advantages such as greater political participation and consolidating a sense of identity, I believe that it can also compromise identity and an individual sense of agency,” continues Dr. Pillay, “for instance, Virgil Abloh, the artistic director of Louis Vuitton's men's wear collection recently said in an interview with Naomi Campbell that he never believed that he could get the job he did because nobody who had held that job previously looked like him. It is clear that he is one of the most talented minds in the business, so one wonders how such identifications prevent people from pursuing their dreams with greater confidence and effort.”

Indeed, the advantages and disadvantages of this phenomenon are clearly visible. “On contentious but unproven issues like the Michael Jackson case, group identifications (such as being trauma survivors or not being Black) may bias one’s view of what actually happened,” concludes Dr. Pillay, “in those cases, the evidence is obscured. Black people are criminalized more in a biased way, even after they are dead.”

Pillay is the founder and CEO of NeuroBusiness Group, voted one of the Top 20 movers and shakers in leadership development in the world by Training Industry. He has worked with leaders internationally in many Fortune 500 companies, and is currently an invited member of The Consortium for Advanced Adult Learning and Development (CAALD) at McKinsey &Co. and The Transformational Leadership Council (TLC). Recently, Pillay created a series of videos on “Managing Depression in the Workplace” for LinkedIn Learning.