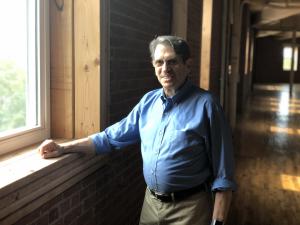 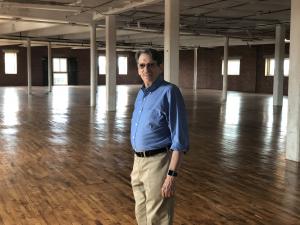 …we're thrilled to see the picturesque riverfront borough return to a place of prominence.”
— Fred Baumgarten

BRISTOL, PA, UNITED STATES, August 21, 2019 /EINPresswire.com/ — Fred Baumgarten, owner of the historic Grundy Commons, a multi-tenant commercial hub located at 925 Canal Street in the charming, historic town of Bristol, PA, is aggressively marketing its sixth floor with a 20,000 square-foot space, 12-foot ceilings, and 360 degree views of the Delaware Canal Park. The space, which can be subdivided, is competitively priced at $12-$16 per square-foot, and is the final piece of the property’s massive 10-year modernization plan.

One of the largest office complexes in the region and the tallest building in Bucks County, Grundy Commons was originally constructed by Senator Joseph Grundy from 1880 to 1912. It now contains four connected buildings totaling more than 300,000 square feet over four acres. The restored original structure is crowned with a 186-foot-high clock tower, which is an iconic landmark in Bucks County.

"When we purchased the building in 1981, it was a rundown mill. I am proud to have redeveloped it into the center of economic growth for the community, which is enduring a significant revitalization," said Baumgarten. "Bristol has seen an uptick in tourism, commerce and recognition, and we're thrilled to see the picturesque riverfront borough return to a place of prominence."

The charming town is home to an expanding collection of restaurants, including the King George II Inn, which is the oldest continuously operated restaurant in the United States. Next door to King George II is the Bristol Riverside Theatre, which is regarded as one of the most accomplished regional theaters on the East Coast.

In 2017, Bristol was selected as the number-one small town in America by a national election held by the Deluxe Corporation's Small Business contest. The recognition was accompanied by a $500,00 prize to assist six small businesses in the community.

"Bristol on the Delaware has the charm of small-town America but with the convenience of being an easy commute to Center City, Philadelphia, and only 75 minutes from New York City," said Baumgarten.

The Grundy Commons in Bristol, PA