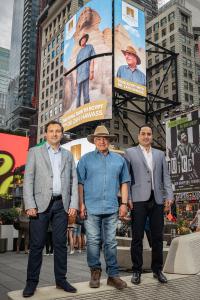 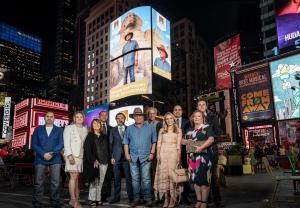 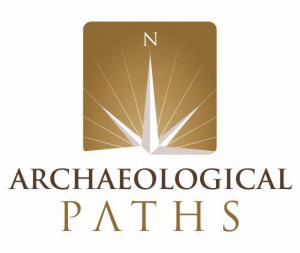 NEW YORK, USA, September 10, 2019 /EINPresswire.com/ — Archaeological Paths has launched its new advertising campaign in the very heart of New York City to promote Egypt as one of the most desirable travel destinations, as well as to show that Egypt is a safe country for all visitors. The campaign began on August 13, 2019 with a photo session of Dr. Zahi Hawass, the world’s most famous archaeologist, and the owners of Archaeological Paths, Gregory Poplawski and Mostafa Lotfy.

Archaeological Paths strongly believes that Dr. Zahi Hawass’ participation in this advertising campaign, displayed on one of the largest digital billboards found in Times Square, is the real voice of Egypt in the United States. The event was attended by renowned Egyptian and American figures, as well as the archaeologists from the Metropolitan Museum of Art. Among all invited guests were John F.W. Rogers – Executive Vice President of the Goldman Sachs Group, Inc., Hani M. Nagi – Deputy Consul General of the Arab Republic of Egypt, Dr. Bob Brier – Egyptologist, and Margaret Phillips – Associate Investment Management Division provided by Goldman Sachs & Co. LLC.

The company has been in tourism and archaeology business since 2003 and is considered as a leading company on the global market in terms of not only organizing VIP tours to Egypt, with access to many places closed to the public, but it is also seen as a company dynamically operating in the field of archaeology and supporting many cultural heritage projects. Thus, Archaeological Paths has established itself as a reliable business among the most renowned enterprises.

Archaeological Paths is also the sponsor of ‘A Secret Voyage’ and ‘The Legend of Tutankhamun’, the most exclusive books on Ancient Egypt written by Dr. Zahi Hawass. One of these publications was gifted to the former United States President Barack Obama. What is more, Archaeological Paths is the only travel agency that has been included among the official partners of the Rolls-Royce Owners’ Club 2018 – Strive for Perfection and Bentley’s 100th birthday celebrations, held by Rolls-Royce Owners Club in 2019. The company is also personally recommended by Mrs. Jehan Sadat – wife of Egypt’s late President Anwar El-Sadat.

Archaeological Paths’ signature sightseeing trip, the Royal Egypt Tour, has featured many renowned guests from the world of archaeology like Dr. Mostafa Waziri – the Head of Supreme Council of Antiquities, Mrs. Jehan Sadat and Dr. Zahi Hawass – the former Egyptian Minister of Antiquities and the world’s most famous archaeologist – by many regarded the real-life Indiana Jones.

Currently, the company’s new advertising campaign is on display in Times Square, New York City and has already sparked a great interest among the viewers, as Archaeological Paths representatives constantly respond to incoming inquiries on Egypt.

More information on Royal Egypt Tours organized by Archaeological Paths can be found on: archaeologicalpaths.com or royalegypt.com