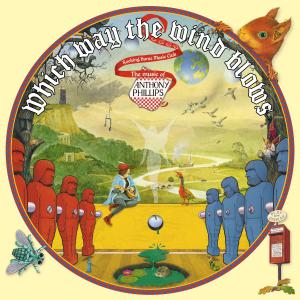 In February 2019, Rocking Horse Music Club began rehearsing and recording material for a tribute album to original Genesis guitarist Anthony Phillips. The album is scheduled for release on October 11, 2019, with live dates in England scheduled for November 2019.

John Hackett (flute) – in addition to playing flute on the Anthony Phillips album “The Geese & the Ghost,” John has performed on numerous Steve Hackett records and live shows.

Kate St. John (oboe) – Kate was a founding member of Dream Academy and contributed to a Nick Drake tribute album and live show.

John Helliwell (clarinet/saxophone) – John was a primary member of Supertramp.

Evelyn Cormier (vocals) – Evelyn was an American Idol Finalist on ABC television in 2019. She is currently recording her new album at Rocking Horse Studio.

Caroline Carter (vocals) – Caroline is a former Miss New Hampshire. As a vocalist, she won the talent competition at the Miss America pageant in 2017. She is currently recording her debut album at Rocking Horse Studio.

The group's debut single, “Everywhere is Home,” a gospel-inspired song that features London's Sing Gospel Choir, was released to critical acclaim in April 2018. The track was featured on radio in New England and received prime time airplay on BBC Radio and London Live in England. In June 2019, almost exactly a year after its release, Everywhere is Home received the award for Best Song – Gospel at the Independent Music Awards in New York City.

The band's debut album, “Every Change of Seasons,” was released in September 2018, shortly before the band departed for a tour of the UK that saw them perform throughout the country, including numerous appearances at the BBC and a special engagement for the British Prime Minister.

Working directly with Anthony Phillips, Rocking Horse Music Club has lovingly curated a selection of songs primarily from Ant's first three solo albums, “The Geese & the Ghost”, “Wise After the Event”, and “Sides”. The band will be flying from the USA to perform these shows exclusively for us here at Trading Boundaries. These performances are once-in-a-lifetime events… the shows with us at Trading Boundaries will be the only UK appearances.

As an added bonus, the show will also include a performance of material from Mike Rutherford’s beautiful debut album, “Smallcreep's Day”. Joining the band on stage will be the album’s original vocalist, Noel McCalla!

Trading Boundaries is proud to present this unique showcase of the early work of two Genesis legends.