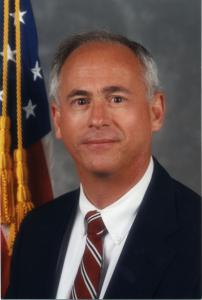 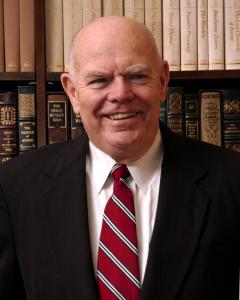 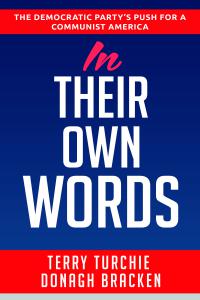 The Democrat Party’s Push to a Communist America

In Their Own Words" was written in the spirit of Thomas Paine’s "Common Sense.”
— Donagh Bracken

PALISADES, NY, US, October 7, 2019 /EINPresswire.com/ — History Publishing Company will publish "In Their Own Words" by Terry Turchie and Donagh Bracken. It is a book that uses the spoken and written words of individuals active in the U.S.Government to initiate an internal revolution in America.The book will be published January 14, 2020.

President Donald Trump has said the Democrat Party has been taken over by hard left radicals. "In Their Own Words",subtitled "The Democrat Party’s March towards a Communist America", an upcoming book by Terry D. Turchie and Donagh Bracken, proves that he is right. The highest ranking, Democrat Party leaders have adopted the strategy, the tactics and the weapons of “communist-minded” terrorists of decades ago, as well as the Black Power blueprint of “Maoist” communist ideology, to bring collapse to America’s constitutional republic.

"In Their Own Words" illustrates that the radical "Weather Underground" and "Black Panthers" referred to the violence of the early 1970’s as the second revolution; that former Attorney General Eric Holder said our country needs a third revolution to make good on President Barack Obama’s “fundamental transformation “of America.

"In Their Own Words" illustrates that the purpose of the leftist communists is to replace America’s constitutional republic with “socialist democracy” first – and then with public unawareness of the new reality, and the opposition eliminated, communism is implemented.

"In Their Own Words" illustrates that "Resistance" is the strategy-as developed by the "Weather Underground" terrorist organization.

Those are the tools for revolution designed by the "Black Panther Party" and the "Weather Underground" five decades ago.

"In Their Own Words" is reportage of those in the Democrat Party who have written and spoken words meant to incite violence, disorder and distrust in the American tradition, and an eventual overthrow of government through incremental acts meant to spark corrosion in the orderly process and respect for the police.

"In Their Own Words" names the names and quotes their words, spoken and written, meant to spark the third revolution, said Donagh Bracken. “It was written in the spirit of Thomas Paine’s 'Common Sense'.”

Terry D. Turchie spent 29 years in the FBI, retiring as the Deputy Assistant Director of the Counter terrorism Division. During more than half of his time in the Bureau, he was assigned to Soviet counterintelligence investigations in New York City, Washington, D.C., San Francisco and Palo Alto, California. Jim Fox, the former Assistant Director of the New York FBI referred to Terry Turchie as, “a key figure in the Soviet Division and our effort to neutralize Soviet intelligence efforts at the UN.”

Donagh Bracken coordinated regional and congressional campaigns for the Democrat Party. He is a graduate of Manhattan College and served in the U.S. Army assigned to the 10th Infantry Regiment at the Combat Development Experimentation Center during the Cold War. He is a Civil War historian and author of "The Words of War"in which he contrasted the Civil War reportage of "The New York Times" and "The Charleston Mercury". He is the Publisher of History Publishing Company.