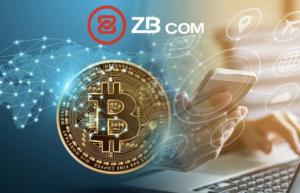 AMERICA, October 9, 2019 /EINPresswire.com/ — Alas, bitcoin staggered and had a great fall during the last weeks. The price of bitcoin fell from its several months bound $10,000 range territory to it $8,100; at one point it slipped to around $7,900. This price movement is disheartening for many different individuals that might be new to the sector. Fortunately, this event is par for the course for those who’ve been in it for some time now.

Bitcoin is adjusting downward and is slightly bearish, but there’s a variety of important events to look forward to within this sector. We’ve seen exciting activities that range from countries adopting and accumulating bitcoin to players in the NBA being blocked from tokenizing their contracts for upfront payments. Much has happened, and the price is just one small component of these past few moves.

Let’s take a look at some of the most compelling events that took place last week.

Kik, in an about-face, decided to shut down its widely popular application, an app, that many saw as the bedrock and the foundation of the Kin ecosystem. The company decided to liquidate its firm and focus its resources on fighting the Securities Exchange Commission. Many are perplexed by this approach.

They expected KIK to continue to lead and grow the ecosystem further and to provide more value to the KIN token.

The price of KIN is deathly close to zero at the time of this writing.
It looks as if the market priced in the sudden shut down of KIN and has minimal confidence in its prospects.

JP Morgan Chase bank is just one of several banks that are now taking a closer look into cryptocurrencies. The large banking institution is currently working on delivering JPM coin and is working hard to build a coalition around its cryptocurrency project.

Several Asian financial firms have joined the JPM project, also known as the Interbank Information Network (IIN). The blockchain payments project might be seen as a rival to Ripple and Stellar, as these projects are dubbed as the banker’s coins.

Why?
The Interbank Information Network (IIN) is likely pursuing the same goals as Ripple and Stellar, increasing speed in transactions, solving friction in cross border transactions, and minimizing costs in the global payments value chain process.

Publications note that more than 250 banks show significant interest in the JPM project.

The banking firm will test and deploy its native coin, JPM coin on its growing network. The firm uses a permissioned variation of the Ethereum network.
Again, this is one of many prominent banks that are slowly building up their networks and blockchain-based coins to stay competitive within modern finance.

Interestingly, Maker DAO, the entity behind the DAI, a stablecoin, might incorporate KYC in the future. The fear among some DAI enthusiasts is that KYC might minimize the decentralized nature of the project and include chokepoints. Further, it has been facing some pushback recently as its current rates are quite high.

Everyone is interested in bitcoin, cryptocurrencies, and stablecoins. Organizations such as JP Morgan Chase Bank, Wells Fargo, Facebook, and even the International Monetary Fund are curious about this growing phenomenon. Countries such as China, the Marshall Islands, and India have also professed varying levels of interest in a stablecoin.

The International Monetary Fund recently released a document that takes into account the different uses of the stablecoins. The institution started to research the matter last year and continued to invest in the project.
This prominent financial entity comments on the opportunities and the risks present within these emerging assets.

One key asset they like is that of stablecoins. This notion makes sense; stablecoins allow for simplicity, for asset-backed reserves and an improvement on the current financial system.

This is also likely why companies such as Wells Fargo, Chase Bank, and others are confidently moving forward with their specific stablecoin projects. Stablecoins can simplify the process of moving money around while also providing for a wide variety of opportunities if used correctly.

The entity has also noted the different risks of a globalized stablecoin such as the one proposed by Libra.

Bitcoin is used in multiple ways in Venezuela. People work for bitcoins, accept bitcoins as donations, and lastly, its government accumulates bitcoins. Bitcoin has been a substantial aid to those in the economically troubled country, Venezuela. Improper governance, corruption, and other aspects have plunged Venezuela into economic turmoil.

The government has done several campaigns to revive the economy, but it still ails from the issue. It launched the Petro, and now, its reportedly accumulating bitcoin to increase its economic strength. The country is taking more effort to collect fees in bitcoin and might start to accumulate bitcoin as a central bank reserve asset.

Lastly, Bitcoin Venezuela, a non-profit organization, is using bitcoin to continue to look after and aid the poor in the economically ravaged nation.

Wall Street developed over several decades and continues to evolve even to this very day. Bitcoin started in 2009 and also grew each year in some form or fashion. Bitcoin, while still relatively young, has made significant progress, over a decade.

Bakkt is a substantial part of the growing bitcoin infrastructure.
Bakkt launched last Sunday. A day or two later, bitcoin started to decline. The two events are likely uncorrelated. The exchange is necessary because it is regulated and owned by ICE, the same group that owns the New York Stock Exchange. It will be a key component because of its security, status, and regulation.
The firm is expected to draw more institutional parties who will have the opportunity to tap into its derivatives, custody their assets, and spend bitcoin if they wish to do so. Further, Bakkt also settles contracts in bitcoin as opposed to USD.

Events are taking place at a rapid clip within this sector. Everyone is seeking to get involved in some for fashion, and blockchain-based infrastructure will be integrated in some form or manner in several industries.

ZB Group was founded in 2012 with the goal of providing leadership to the blockchain development space and today manages a network that includes digital assets exchanges, wallets, capital ventures, research institutes, and media. The Group’s flagship platform is ZB.com, the industry leading digital asset exchange. The platform launched in early 2013 and boasts one of the world’s largest trading communities.

Industry intelligence and standards are headed by the recently launched ZB Nexus who embody the core values of ZB Group and open source their reports and analysis for the public.