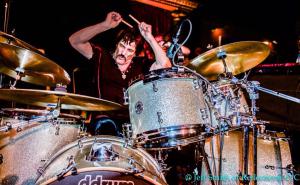 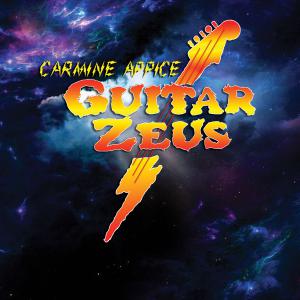 "Nobody Knew" features Queen guitarist Brian May, Tony Franklin (The Firm) on bass and Kelly Keeling (Trans-Siberian Orchestra) on vocals

Where to begin with Carmine Appice? When you drop the needle on the long-overdue vinyl re-issue of Guitar Zeus, make no mistake: you are in the presence of a rock god. He bashed the kit for the legendary Vanilla Fudge ("Season of The Witch," "You Keep Me Hanging On") and co-wrote Rod Stewart's "Da Ya Think I'm Sexy." When he was done inventing one of the most popular genres in rock (you can bow down before "The Fudge" and thank them for building the bridge between psychedelia and progressive/hard rock), he went ahead and created the world's first-ever super-group with Jeff Beck. Every drummer you know has checked out his tutorials, and legions around the globe have cribbed off his groundbreaking groove and wild, masterful showmanship. Is he a visionary? The guy was Bonham before Bonham was Bonham. So, when someone like Carmine names a two-album series Guitar Zeus, you'd better believe it rains total rock destruction upon any mere mortals who run it into their headphones.

Like Zeus, Appice rules over a jaw-dropping pantheon of guitar heroes here. It's an album of mythical proportions that, once you check the credits, borders on incendiary. Alongside Queen's Brian May, the record features Slash, Yngwie Malmsteen, Zakk Wylde, Mick Mars; the line-up of guitar's heaviest hitters is mind-blowing. If we had to choose the best track, though, it'd be "Nobody Knew," one of five new songs rounding out the re-issues. Appice and his core band, featuring Tony Franklin (The Firm) on bass and Kelly Keeling (Trans-Siberian Orchestra) on vocals, have the basic ideas down with May in mind, and that's obvious. He is, as usual, on fire here, effortlessly finding his groove and making this expertly-crafted track sound like the result of three guys who've been in a band together for a decade. "Nobody Knew" rides on an understated yet stomping beat and a timeless guitar crunch, with a vocal melody reminiscent of a harder Bowie number or Tears For Fears' "Mad World"- highly appropriate, given the song's subject matter.

The trio features heavily in the Robert Neilson and Carmine Appice directed “Nobody Knew" video, against a striking backdrop of ominous imagery. Keeling's vocals paint a picture of a world torn asunder; an environmental decline and an all-too-relatable feeling that the times are a-changing, not for the better. Ultimately, though, the band along with Brian May bring the message back to one of hope and solidarity: we're all in this together. Stylized shots of the band doing what they do in the studio are cut into quick clips of families in gas masks and nature scenes, all with a technicolor, psyched-out treatment that lets the lyrics enjoy the spotlight. As you watch them play, you realize you're seeing icons in action – pros who can create intense, high-energy rock for the ages without letting their total dedication take the fun out of it. Connecting with folks in a seriously meaningful way but having a blast doing it- isn't that what rock n roll is all about?