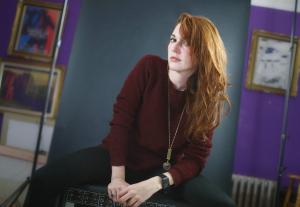 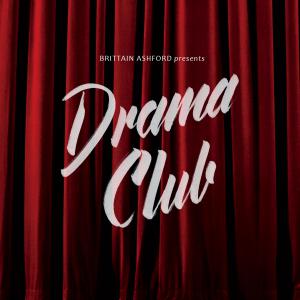 She slows it down to its emotional core, and in doing so reveals the portion of its essence that's hard to access through typical showtune ornamentation.

NEW YORK, NEW YORK, USA, October 22, 2019 /EINPresswire.com/ — Watch the new video for "I Could Have Danced All Night" on Medium.com

Perhaps you know nothing of the beloved Lerner and Loewe musical My Fair Lady, and maybe you don’t consider yourself a fan of musicals. In this case, all for the best. All you need to know is that "I Could Have Danced All Night" is one of the show’s best known songs: a frantic love theme about not wanting to go home after a magical evening. Even if you know nothing about the American theater, it's a song that's already in your bloodstream. But we doubt you've ever heard "I Could Have Danced All Night" done the way Brittain Ashford does it. Her dreamy, post-trip-hop version radically defamiliarizes the song: she slows it down, strips it to its emotional core, and in doing so reveals the portion of its essence that's hard to access through typical showtune ornamentation.

What gives Ashford the right to re-imagine a stage classic like this? Her turn in Dave Malloy's expansive Broadway musical Natasha, Pierre, & The Great Comet of 1812 won her critical and popular plaudits and marked her as an imaginative interpreter of great nuance. She's also toured the country in Malloy’s Ghost Quartet, a show that required her to employ the full range of her considerable talents. In Ghost Quartet, Ashford didn't just sing – she also played keyboard, autoharp, and provided percussion. But no matter how deeply she's involved herself in theatrical endeavors, she's never turned her back on making music and honing her own sound, performing her own music and lending her distinctive voice to several other vital projects.

Drama Club, her new album, is the perfect fusion of her melancholy-pop instincts and her stage sensibility. The track-list might be drawn from the scores of famous musicals, but the approach is deliberately modern. The album contains oddly emotional interpretations of historically upbeat songs from stage classics like Grease and Annie, as well as the current cultural phenomenon, Hamilton. There's even a shimmering version of "Sonya Alone," Ashford's showstopper from Natasha, Pierre, & The Great Comet of 1812. As a bonus, she's appending the jawdroppingly poignant video to "Sonya Alone" to this release. It's an ideal complement to the meditative and wryly humorous clip for "I Could Have Danced All Night" – one which reveals Ashford to be every bit as compelling as an actor as she is as a singer. But If you've seen her perform, that's something you already know well.