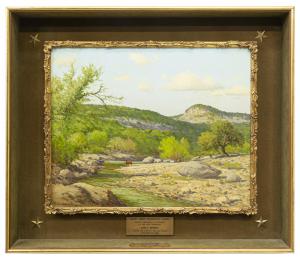 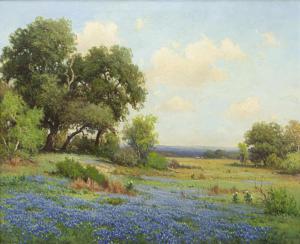 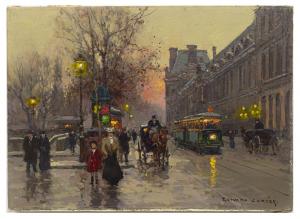 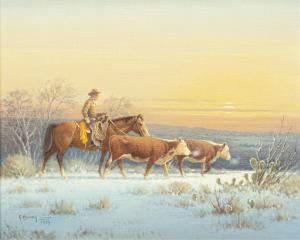 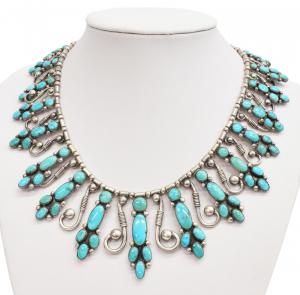 The work was created by Salinas to be presented to President Kennedy at Vice President Johnson’s ranch on Nov. 23, 1963, the day after JFK's assassination.

AUSTIN, TEXAS, UNITED STATES, October 22, 2019 /EINPresswire.com/ — An historic oil on canvas painting by the renowned Texas artist Porfirio Salinas (1910-1973), created to be presented to President John F. Kennedy at Vice President Lyndon Johnson’s ranch on Nov. 23, 1963 – the day after JFK’s assassination – is the headliner lot in an auction planned for November 16th and 17th by Austin Auction Gallery, online and in the gallery.

The auction date is close to the 56th anniversary of the Kennedy assassination – November 22nd, 1963. The painting is not only a work of art by an accomplished Texas painter, it is an historic artifact with connections to two former U.S. Presidents and one of the most seminal dates in U.S. history. Porfirio Salinas, incidentally, was Lyndon Johnson’s favorite artist and a personal friend. He hung canvases by Salinas at his Texas ranch and even in his private suite at the White House.

Kennedy was scheduled to visit the LBJ ranch on the evening of November 22nd, following a planned fundraising dinner in Austin. It was at the ranch that Salinas had intended to personally present the painting to Kennedy as a gift, at a barbecue event the next day. The painting still has the original plaque stating it was a present from Salinas. A second, later plaque reflects on the assassination.

Porfirio Salinas was a landscape artist recognized for his depictions of the Texas Hill Country in springtime. He was one of the first Mexican American artists to become nationally recognized for his paintings. Works by him are displayed in the Texas State Capitol, the Texas Governor’s Mansion, the Witte Museum in San Antonio and the Panhandle-Plains Historical Museum.

A few expected top achievers in the original artwork category include the following paintings:

Co-headlining the auction will be items from the estate of Alfred A. King (1916-2006), the great-grandson of Captain Richard King, founder of the now-825,000-acre Texas King Ranch. The estate features a fantastic collection of Native American and Southwestern jewelry, including pieces by Frank Patania, Sr. (Italian-American, 1899-1964), and an equally incredible collection of sterling silver and New Mexico art, including works by Theodore Van Soelen, Freemont Ellis, Bernique Longley, Agnes Sims, Miki Hayakawa, Cliff Bahnimptewa and Norma Bassett Hall.

Native American jewelry will feature a Modernist silver ring with multi-stone inlays by Charles Loloma (Hopi, 1921-1991), with a shaped silver frame having coral, lapis and other inlays with silver and yellow gold spacers, marked to the interior (est. $1,000-$2,000); and a silver stamped bracelet bearing a picto-hallmark for Frank Vacit (Zuni, 1915-1999), the Rainbow God, in turquoise and jet channel inlay, on a large circular bezel with a stamped cuff (est. $800-$1,200).

The pieces by Frank Vacit and Leo Poblano were purchased at the Sotheby’s auction of the C G Wallace collection. Wallace was an important figure in Native American jewelry as he worked in the early 20th century with the Zuni Pueblo jewelry makers to refine their production for sale to the new tourist flow coming to the West and Southwest. In 1975 a portion of his collection was transferred to the Heard Museum in Phoenix. The balance was sold at auction through Sotheby’s.

Austin Auction Gallery is a family owned and operated business, founded in 1983. The company has evolved into one of the premier antique and fine art auction houses in the Southwest. Since its inception, the firm has conducted over 3,000 auctions for state and federal institutions, business liquidations, foreclosures and estates for family members, executors and trustees.
Austin Auction Gallery’s 25,000-square-foot gallery is conveniently located in northwest Austin, a short drive from the city airport and downtown Austin. The firm is always accepting quality items for future auctions. To inquire about consigning a single piece, an estate or a collection, you may call them at 512-258-5479; or, you can inquire via email at info@austinauction.com.
To learn more about Austin Auction Gallery and the November 16th-17th auction, please visit www.austinauction.com.
# # # #