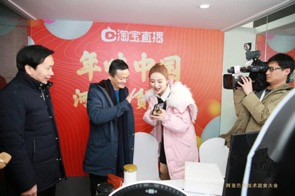 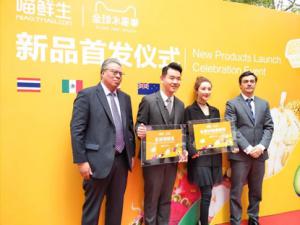 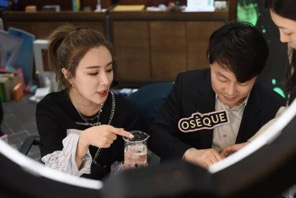 Viya officially joined Taobao Live in 2016. Starting in 2017 and for three consecutive years, she bagged six awards including “Most Popular Female Host,” “Host Creating the Highest Commercial Value” and “Host with the Most Influence”.

To describe the shopping experience in Viya’s live-streaming room as “grab and run” would not be an exaggeration. Whenever new products appear on the shelf, fans grab them as fast as they can, like free gold waiting to be collected. Ten thousand items selling out within 10 seconds is no longer news. From skincare products priced at several grand to bags of snacks priced at dozens of RMB, from fur for the new season to toothpaste for everyday use, Viya can always find and recommend quality items at good value for her fans. This has also won her the title “National Treasure Hunter” by Tmall International and the title “Global Good Stuff Recommender” by Tmall on two different occasions.

After the legendary record set by Viya in 2017 – “hitting sales of 70 million yuan for a new Taobao store with zero fanbase in a five-hour livestream” – Viya has been rewriting her legend every year. During the “Double 11” shopping festival in 2018, Viya once again broke her record.

According to incomplete statistics, Viya’s live-streaming room created a total revenue of 2.7 billion RMB for the Taobao Live segment during 2018.

The First Person to take Chinese Livestream Overseas – 20,000 Orders Placed within One Second, 12 Containers of Goods Sold within Five Hours

In order to bring fans more quality products from overseas, “Global Good Stuff Recommender,” Viya, landed in South Korea on March 21st and launched her live-streaming of “Hand-Picked Global Good Stuff by Viya.” The livestream received a lot of attention from many in the South Korean mainstream media such as KBS and SBS. It also attracted a large number of fans from both within China and abroad, with the number of viewers reaching 4.58 million. During the live-stream from 7PM to 12AM Beijing time, 20 thousand different items sold out within an average of one second, and the 850 thousand total items sold filled up 12 shipping containers to go overseas.

All goods in Viya’s livestream were top-tier South Korean cosmetic products directly supplied by the brands, and every product was selected by Viya herself. As the person in charge of “final-step quality assurance,” Viya said, “I only recommend to fans quality products that I've tried, used or tasted.”

Since then, invitations have flown in from Japan, Thailand, Australia and many other countries, as the “first person to take Chinese E-commerce overseas” Viya continues to bridge trade between China and overseas markets.

Viya started to devote herself to the cause of public welfare through poverty alleviation in April 2017. She has actively participated in poverty relief actions organized by Taobao Live, helping more than 10 counties and villages in poverty realize sales of over 300 types of agricultural products. Her broadcast has had a cumulative 20 million views, acting as a strong force for the promotion of quality agricultural products from various areas.

Today, Viya acts as the weathervane for the Chinese live-streaming industry. As such, Viya sees that with trust comes responsibility. She said, “Being trusted by 7 million fans is a huge responsibility. I have no choice but to work hard in return.”