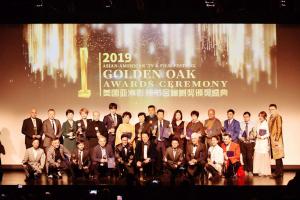 Winners of the 2019 Golden Oak Awards 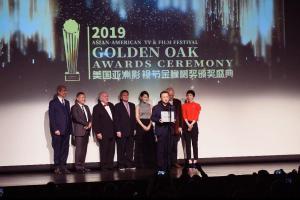 The Golden Oak Awards recognizes outstanding TV and film works and the extraordinary contributions made by individual talents in the film and television industry. The awards categories include Best (independent) Film of the Year, Best Television Program, Best Creator, Best Producer, Best Screenwriter, Best Director, Best Actor/Actress, and Most Promising Actor/Actress, and more.

Numerous influential production agencies in China such as Huace Media, Mango Studios, Yunnan Ruishi Rongguang, XG Entertainment and others participated in the competition for the 2019 Golden Oak Awards. The nominated TV series and films span a wide range of subject matter and genres.

Winners for the Best Film award are: The Wandering Earth, Send Me to the Clouds, The Peanut Butter Falcon, Advance Wave upon Wave, The Game Changer, Invisible Fist, Open the Gate to the World, and Snow Monster.

Many high quality and high viewership TV series earned awards for Best Television Program and are – Diplomatic Situation, Those Years, River Flows to You, Love's Lies, The World is Not Fraudulent, Mai Xiang, The Great Craftsman, Young Blood, Anti-Terrorism Special Forces: The Wolves, and Lovely China.

Online programs such as Boys to Men, A Little Love Song, and “Hello, Rapper (Season 2)” also took home trophies of the 2019 Golden Oak Awards. With both a score and lyrics composed by new-generation musician Luo Wei, This Moment has been announced as the theme song of the 2019 Asian-American TV & Film Festival.

“After gaining global attention and success in 2017 and 2018, the Asian-American TV and Film Festival will be welcoming additional new forces to the industry this year, featuring more creative works on an even larger scale than appeared on previous programs, “said Jerome Perzigian, co-chairman of the festival. “The organizing committee has received over 200 major television and film applications from China and part of the US for the 2019 Golden Oak Awards, this is truly a great year, but we’ll continue the efforts to draw more participation of American works because our mission is bridging and embracing different cultures.”

After the ceremony, executive producer Manu Gargi of Peanut Butter Falcon—the winner for Best Independent Film—shared his thoughts by saying: “I want to express our mixed feelings in receiving the Golden Oak award for best Independent Film, because we all know until just a few weeks ago the highest grossing independent film of 2019 was a beautiful Chinese-American film titled The Farewell.

“The team at Peanut Butter Falcon very much wish to share congratulations for best independent film of the year The Farewell in recognition of their equally amazing achievements in storytelling across Asian-American cultures.” Gargi said after the Golden Oak Award ceremony.

Founded by Emmy-winning screenwriter and producer Jerome Perzigian, veterans in entertainment Jun Qian, Jun Li and 2016 Pulitzer finalist team member Yuhan Liu, the Asian-American TV & Film Festival continues to serve as the platform for cultural exchanges between the east and the west and propel a win-win caliber of collaboration by connecting Asia and North America through high-end industry events. The Asian-American TV & Film Alliance Forum also took place at Harvard Club on 27 October 2019 to kick off the festival.