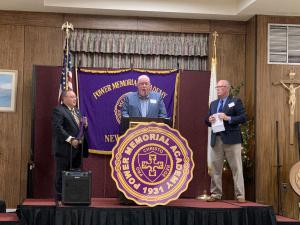 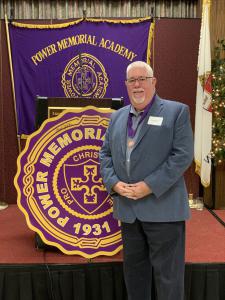 Both the brothers and lay teachers at Power were extremely dedicated to our success and never let us down. They taught us to do the right thing through life.”
— Joe Reilly

The Irish Christian Brothers founded (1931) and taught at Power Memorial Academy, an all-boys catholic school located on the West side of Manhattan (61st Street and Amsterdam Avenue). The school closed in 1984 when the building was sold for use as a luxury high rise condo (The Alfred). An alumni association was formed and keeps the school alive through the active association including an annual mass of remembrance, an annual reunion dinner with the hall of fame inductees and annually marching in New York City’s Saint Patrick’s Day Parade. The school gained national notoriety as a basked ball powerhouse in the 60’s and 70’s producing several NBA players including Kareem Abdul-Jabbar, Len Elmore, Mario Elie, Chris Mullin, as well as NBA referee Dick Bavetta.

The school is well known for teaching young boys from all five New York boroughs to become men. They were called Powermen. This was done by instilling values of respect, loyalty and commitment. Reilly stated “Both the brothers and lay teachers at Power were extremely dedicated to our success and never let us down. They taught us to do the right thing through life”. Working-class and poor families from all over the New York City sent their sons to Power Memorial Academy (PMA).

While Joe Reilly is not a sports legend, he has had a lifetime of business success as an entrepreneur. Reilly has worked for the last 26 years in the employment drug testing industry currently the President of National Drug Screening, Inc. Reilly grew up in the Inwood section of northern Manhattan traveling the “A” train to Columbus Circle and walking the four blocks to Power Memorial for 4 years. Joe also provides training, consulting and testing services for drug free workplaces across the country. He was recognized and inducted in the Hall of Fame for his dedication to the drug testing industry, his business success and his community involvement. He served for four years as the chairman of the board of the national Drug & Alcohol Testing Industry Association (DATIA).

For information about Joe Reilly and his current business affiliations visit the web sites listed:
https://www.nationaldrugscreening.com/ or https://www.joereilly.com/