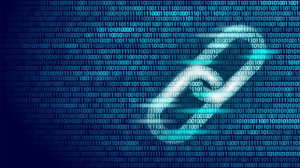 With the advent of the Internet era, everything is changing, and the unchangeable one is the field of assets. Just simply transfering information and services to the Internet can not solve most of the problems in reality. The emergence of blockchain technology can realize the digitalization of various assets, thus greatly improving social productivity and efficiency, and create a new ecology. Blockchain technology can realize the free division, low-cost confirmation and transaction of digital assets, which is impossible for the traditional Internet mode. Because of its own characteristics, blockchain technology is the key to the confirmation, division and transaction of digital assets, as well as the infrastructure for the establishment of production relations in digital society.

DVP Bank is a combination of blockchain technology and digital asset management, and also an intelligent investment protocol of encrypted digital currency based on ETH. ETH is a decentralized smart contract application network using blockchain technology. Users can execute smart contracts on the public chain of ETH. The contracts are intelligent and decentralized, which solves the trust problem of the Internet and has a broader application development prospect. Using ETH public chain can reduce development cost, improve efficiency, and execute contract more efficiently, quickly and safely. DVP Bank provides high processing power and low latency data services for smart contracts. Based on ETH, DVP Bank can support millions of users in the future and has a broader market in future ecological applications.