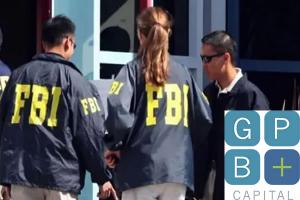 The arrest of GPB Capital's compliance officer and an avalanche of negative news, are causing investors to file lawsuits to recover investment losses.

PALM BEACH, FL, USA, December 2, 2019 /EINPresswire.com/ — With recent news of the indictment by the United States Department of Justice charging Michael S. Cohn, the Managing Director and a Chief Compliance Officer of GPB Capital, with obstruction of justice, investors are once again rattled by the news coming out of GPB Capital. This is more negative news for GPB investors, many of whom have now decided file claims to recover their investment losses related to GPB Capital Funds.

Investors considering their options are looking closely at private customer disputes through the Financial Industry Regulatory Authority (FINRA) arbitration process where there are typically no depositions, an opportunity to recover based on their individual investment losses, and the case are typically handled more quickly and efficiently than court proceedings.

Investors seeking to recover their GPB Capital losses can call +1 888-628-5590 for a free review of their case with Haselkorn & Thibaut, a national investment fraud law firm, to discuss options for recovery.

They have been investigating GPB Capital for over a year. Beginning in April 2018 when GPB Capital first missed important filing deadlines with the SEC, the experienced team at Haselkorn & Thibaut, P.A. have continued to investigate GPB Capital, and has represented investors nationwide in pursuing private FINRA customer disputes and helping clients recover their investment losses.

Since that time, a string of bad news has just continued to come out for GPB investors:

– A former business partner, Patrick Dibre has been embroiled in litigation in state court in New York with GPB. In that litigation, Dibre accused GPB of operating a very complicated and manipulative ponzi scheme.

– 2018 financial filings were delayed by several quarters, and are still not updated

– The FBI raided the GPB offices in New York

– In June 2019, GPB Capital updated financials (after a lengthy delay) and confirmed (albeit only through

2018) that GPB investors had lost between 25% and 73% of their investment. What's more, the two largest GPB Capital funds include: GPB Automotive and that was down 39% and GPB Holdings II was down 25%.

– The most recent news last week, that the GPB Capital Chief Compliance Officer hired less than a year ago has been indicted on charges that include obstruction of justice.

As part of the investigation efforts at Haselkorn & Thibaut, P. A., we have interviewed former broker-dealer employees, investors, and others and there appears to be cause for additional concerns for many investors as material facts were either not disclosed or they were often presented to prospective investors in a misleading manner. Among the many issues raising concerns for investors are the GPB statements themselves that were sent to investors.

This was not the only issue that is bothering many investors. Many investors are only now realizing that the GPB statements also fail to reference profits or dividends and only refer to payments to investors as "distributions" and the percentage rate of return as a "distribution rate" rather than a profit or a dividend. While many financial advisors were using the distribution rate as a selling point for investors, they failed to properly disclose to investors that those distributions were going to be paid out of working capital which could include investor contributions or funds flowing from new investors.

If this was in fact the case it is the definition of a ponzi scheme as new investor funds are going toward the payment of distributions to previous investors as opposed to coming from profit or returns generated by the underlying business. Based on our investigation to date, many financial advisors themselves were either unaware of these material facts or simply did not understand the significance for investors. As a result, there was material information that was either not disclosed to investors (intentionally or negligently), or it was represented in a misleading manner.

According to Matthew Thibaut, Esq. of Haselkorn & Thibaut, P.A., a law firm representing investors nationwide, “… none of this reflects positively on GPB, not the auditor withdrawal, not the pending litigation, not the ongoing state and federal investigations, and certainly not when a recently hired Chief Compliance Officer is charged with alleged wrongdoing including obstruction of justice.”

What Should GPB Investors Do?

GPB Investors may choose to continue sitting on the sidelines, but keep in mind that there are time limits applicable to potential claims that any GPB investor might be able to bring. GPB investors should consult with an experienced investment attorney regarding their potential claims. Advice or recommendations to GPB investors to “wait” and not take any action may not be in the best interest of the investor and might be coming from a self-serving source.

If you invested in a GPB fund, you may be able to recover your investment losses. For more information, or to speak with an experienced investment fraud lawyer (at no charge) Please visit www.InvestmentFraudLawyers.com or call 1-888-628-5590 to speak privately to a securities attorney to learn about your legal options.

The sole purpose of this press release is to investigate the manner in which GPB Capital funds were approved for sale by broker-dealers to investor clients, including new product reviews, due diligence, as well as the sales practice and supervision issues related to the recommendations and sales of GPB Capital funds and the transactions with investors related to same. If you have any knowledge or experience with these matters, please contact Haselkorn & Thibaut, P.A. at 1-888-628-5590.