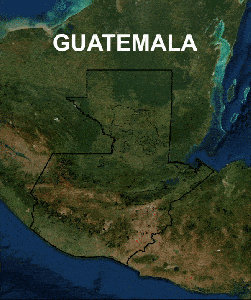 #ForestsSince2000 content series starts by examining Guatemala and how conservation efforts are making a difference. (Click on image to see forest changes)

Content series connects conservation efforts by organizations on the ground to forest changes.

“Contributing money to protect the environment and knowing the impact of those contributions are typically disconnected experiences in the conservation world. Rarely are the two things connected for consumers at a more granular level to show cause and effect of their financial support. In a hyper-connected and transparency-driven world, if we want to engage more people to stop climate change and save nature, that needs to change,” says Zooterra Founder and CEO Julio Corredor.

Global tropical deforestation is a key contributor to climate change, causing 10% of yearly carbon dioxide emissions (1) and destroying natural habitats for many endangered species. We need global forests not only for their biodiversity, but also because they capture about a third of CO2 emitted by human activity every year (2).

The analysis is based on the Global Forest Change dataset (3) and the World Database on Protected Areas (4), and begins with Guatemala where 20% of the forest cover has been lost since 2000, an area roughly the size of the U.S. state of Connecticut or the country of Montenegro.

Two Zooterra Network members in Guatemala, Amigos del Lago Atitlan and ACOFOP, are making a significant difference to prevent or combat deforestation through programs on the ground. The #ForestsSince2000 analysis shows the positive impact of these efforts. For instance, since 2000, ACOFOP has kept deforestation to a minimum in the 70% of the Maya Biosphere Reserve that its communities manage in the northernmost part of the country.

“The joint efforts of Amigos del Lago and local communities have shown tremendous progress in reforesting the Atitlan basin. This success shows the power of community engagement and ownership and that it is possible to stop deforestation in Guatemala. People who support us through Zooterra can see the impact they are having on these forests and the people who depend on them,” says Jose Toriello, President of Amigos del Lago.

Future reports in Zooterra’s #ForestsSince2000 series will focus on other countries where Zooterra currently works and future locations, including Madagascar, Nigeria, the USA, and Cambodia. For the full report click here.

About Zooterra: Zooterra's mission is to democratize engagement and action around habitat and wildlife conservation. Zooterra is a new platform to engage in wildlife and habitat conservation in a direct, transparent and fun way using digital collectibles and satellite imaging technology. Zooterra personalizes the nature conservation experience by more directly connecting consumers to natural areas and wildlife. This breaks the degrees of separation between people and nature and creates the opportunity for more meaningful engagement, ultimately generating more funding for conservation. Learn more at www.zooterra.com