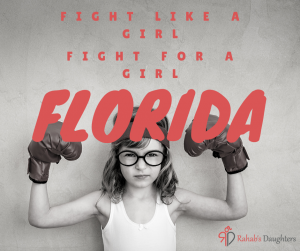 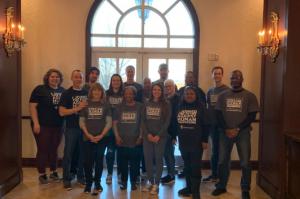 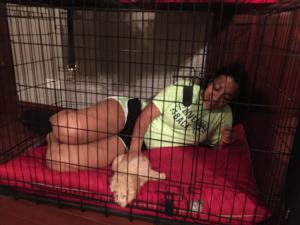 40% of human trafficking victims are African-American

Last year the coalition team saved 194 women and children. This year we are running three free preventative initiatives called Fight like a girl Fight in the local communities in Orlando and Miami.”
— Sharmila (Sam) Wijeyakumar

BARRINGTON, ILLINOIS, UNITED STATES, January 20, 2020 /EINPresswire.com/ — Each year about 55% of the children arrested on prostitution charges are African-American. Human Trafficking is an issue that affects everyone, but primarily minorities. Rahab's Daughters, a non-profit, is focused on rescuing, rehabilitating, and reintegrating human trafficking victims back into society. Currently, about 40% of Rahab's Daughter's rescues in the rehabilitation program are African-American.

Martin Luther King, Jr. is quoted for saying, "Injustice anywhere is a threat to justice everywhere" There is an injustice happening in every area throughout the United States. Part of Rahab's Daughter's mission is to bring awareness to the issue of human trafficking. Human Trafficking is a global issue. However, according to Polaris (who operates the National Human Trafficking Hotline number), over 10,000 cases were called in. Those calls involved over 23,000 potential human trafficking victims.

This month is National Human Trafficking Awareness Month. At the end of the month, Rahab's Daughters will be taking a team of 17 volunteers to Orlando, FL. and Miami, FL. to rescue over 150 victims of human trafficking. They will also have over 200 volunteers from partner organizations like the Convergence Resource Center and the Village of Bartlett Church running call centers to support the work in the field. On this MLK day, Rahab's Daughters is asking for individuals to provide support to the fight against modern slavery. Individuals can make donations to Rahab's Daughters that will go directly to the survivors and volunteers of the programming offered by Rahab's Daughters.

Sharmila (Sam) Wijeyakumar chairwoman of the board of Rahab’s Daughters says “I can’t wait to meet up with the interfaith coalition team in Miami so we can really make a dent over the coming weeks. Last year the coalition team saved 194 women and children and we hope to make an impact this year too. We are running three free preventative initiatives called Fight like a girl Fight for a girl in the local communities in Orlando and Miami.”

The types of things we do at superbowl.