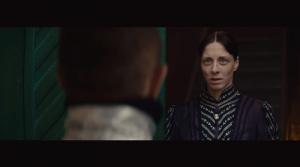 The Visitor by Florian Meimberg 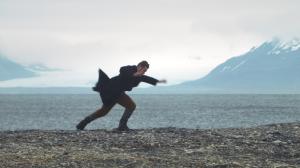 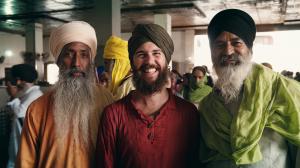 Go to the festival website to see the screening schedule.”
— Dennis Cieri, founder

NEW YORK CITY, NY, UNITED STATES, May 3, 2020 /EINPresswire.com/ — Due to the lockdown situation in New York City the 11th edition of the NYC Independent Film Festival will go digital. That wil happen in the first week of June, from June 1 to June 7. Brand new films and interviews with filmmakers will be streamed, following a specific time table, which will be published on the festival website soon.

For a long time the organizers hoped to be able to organise the New York City Independent Film Festival at its traditional venue the Producers Club on 44th Street in Manhattan. But it turned out the Corona crisis will last much longer than foreseen and all the uncertainty surrounding it may cause filmmakers to rethink their travel plans and people from New York to rethink their attendance to the festival.

,,That's why we have decided to turn to a complete digital festival," says Dennis Cieri, founder of the NYC Independent Film Festival. ,,We were granted permission by many filmmakers to stream their film on a special website."

The films will be streamed once from June 1st to June 7th 2020. The screening will be on Bingewave following a schedule that is published on the festival website. Bingewave is a pop-up theater model of a website where annually thousands of films are being released. Turning your home space into a movie venue.

Among the films there will also numerous interviews with film directors and producers from around the world to offer the Q&A's that make the festival famous and loved for.

Every year there are hundreds of international filmmakers who contribute to the festival. This year Germany has a big part in that. Here are some of the titles that you will be able to see at the NYC Independent Film Festival.

Three selections from a German short film series, the Micro Movies and all made by filmdirector Florian Meimberg. It began with a digital storytelling project on Twitter: micro stories in 140 signs, reaching a level in suspense in three lines. And now these stories have been turned into super short films. Often one scene, one twist, one message. In The Suspect an interrogator is at his wit's end with a suspect, in The Test a couple is on the verge of something big, and in The Suspect a woman gets a strange visit.

A Super Short film by Anna Gamburg. Lenita comes to a Party and talks to 5 different people from different countries. Each person  teaches her a new aspect about luck and happiness eventually leading her to her own understanding of happiness.

A feature documentary by Benjamin Schindler, that takes us on a time travel through the United States as a country of unlimited narratives. It explores the great myths, stories and dreams, influenced by the world’s largest entertainment industry. A doomsday preacher, a ghost hunter, Santa Claus, an indigenous storyteller, a toothless western lady, a UFO-believing cinema owner and talking dolls lead us through the film. A poetic time travel fantasy through the imagined history of the United States as a modern fairyland.

Together with Finish filmmaker Valtteri Raekallio the German choreographer/dancer Thomas Freundlich travels to the end of the world, in order to make a dance film in the polar wilderness of Svalbard. En route, they explore the history of the Arctic, along with the grand questions of life, art and our place in the world. Freundlich and Raekallio take the viewer on a unique and engaging journey to a place where few have been – and even fewer have danced.

A musical by Peter Lund. Lennard runs away to Berlin and moves into a flat share, along with easygoing Ben and crazy Fine. Yet Lennard has a lot of roommates already…at least in his head: No wonder Lennard can’t make up his mind, with whom he is in love with: Ben oder Fine?

A music video of Berlin-based industrial techno artist Hartbrand whose father joined the right wing party AFD of Germany. A universal proof of failing communication between generations. VATER is the artist's analysis of his parent generation that lost course.

And from Austria comes this documentary by Christoph Pehofer. The world seems to separate people more than connecting them. A private couch shows a place of approach and strangers becoming friends. To go on a world trip sleeping mainly on strangers’ couches is to establish contacts and socialise with people from all over the world. Pehofer´s hosts couldn’t have been more different from one another: from a 21-year-old student in a student dorm, to a family in which three generations take part in Couchsurfing, to a nudist in Manhattan and a transgender in Bangkok.

Keep checking the festival's website to hear about the latest news. And stay healthy!