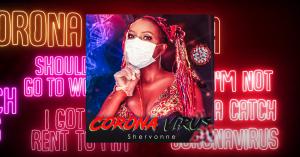 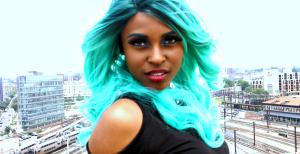 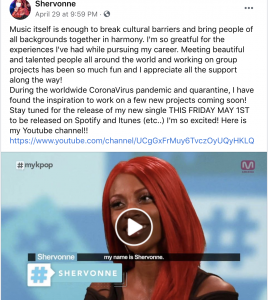 The popular singer expresses all the emotions and concerns people around the world experience due to the COVID-19 pandemic.

ARLINGTON, VIRGINIA, U.S., May 4, 2020 /EINPresswire.com/ — “Coronavirus” is the name of the debut single released by Shervonne, a song which brings some light-hearted music relief from self-isolation and the loneliness that ensues. This is her first release as a single artist and is a response to the pandemic. It incorporates fun lyrics and a dance rhythm that lightens the mood of the time.

Music won Shervonne over from the age of six. She has worked intensely in the music industry in many areas and has an impressive list of accomplishments. Shervonne is well known on the K-Pop art scene and has been awarded for her work in December 2015. She is considered an official K-culture supporter by Ahn, who is himself “an ambassador” for South Korea.

The inspiration for her new song “Coronavirus” comes at a time when the gorgeous artist is taking a short hiatus. Her current focus is on beginning her career as a single artist. “Coronavirus” was just released and is being streamed on Spotify, Apple, iTunes and other music channels. This is the type of song that has the potential to go instantly go viral, much like the music remix of the video which features Cardi B and created by iMarkkeyz, a DJ and producer.
Shervonne describes her message: “Our generation will be marked by this pandemic. It going to change how we live our lives and has brought with it many fears and insecurities.” She has added, “As much as we fear the danger of the virus, as young people, we cannot afford to stop taking risks because we have responsibilities and are trying to survive career-wise.”

When describing what influenced her to write the lyrics, Shervonne said: “Even though I wrote “Coronavirus” as a fun song to listen to in these trying times, I also took a poke at the confusion which has arisen because of a lack of guidance. After the initial indifference, the powers then suddenly took the role of “Big Brother”. This has led to panic buying and empty shelves. In the meantime, we cringe from one another at the slightest hint of a sneeze or cough.”

About Shervonne: Shervonne’s music career started from the age of 6 when her father showed her how to use the Windows voice recorder after gifting her a computer microphone. She was exposed to Asian culture from the very start through Anime TV and could sing in Japanese and Korean at a young age. Her inspiration came from K-Pop and J-Pop like Koda Kumi, BoA, and Utada Hikaru. Beyoncé (who she shared a stage with at President Obama’s first inaugural celebration), Janet and Michael Jackson are the American artists who most influenced her at that young age.
When in middle school, Shervonne created her YouTube channel and her first video was of her singing in Korean. She has continued to post K-Pop and J-Pop covers on her channel. During a performing art camp in New York, she learned about film creation and editing and performed in some Broadway musical productions.

Her music discipline comes from her classical music training during high school where she was exposed to new music influences. These included opera music in other languages such as Latin, German, French, Italian and rock artists like Evanescence. The African American beauty has caused a stir many times in her life, especially when she starts singing in Korean. She has been a member of the all-female band Cocoavenue and the group appeared at events, K-Pop conventions and on a Korean reality show.

Shervonne’s next career move was to co-found the K-Pop duo Double the Fire, and the she and her partner performed all over the world, including many TV appearances. They also appeared on the Korean Televised show “World Festival”. As representatives of the U.S. the duo met and shared the stage with many famous K-Pop artist, but eventually decided to split up and follow solo careers.

To date, Shervonne’s rich bio also includes winning the K-Pop music video contest 2 years in a row. This is an annual event hosted by the Korean Cultural Center. There is nothing that can hold this talented young woman back.

Shervonne is a people’s musician and her popularity in the K-Pop world shows that she is brimming with music potential, Her training and experience give her the potential to delve in many other music genres.

Listening to the song can be done here on Spotify – also available here on Apple iTunes.