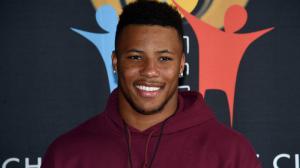 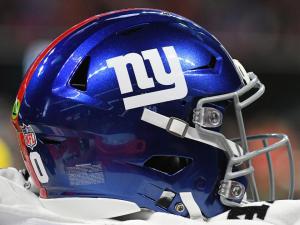 “I want to give my thoughts and my prayers to the Siano family. I’m thinking about you guys and once everything gets better.” – Saquon Barkley

LOS ANGELES, CA, UNITED STATES, May 5, 2020 /EINPresswire.com/ — Port Authority officer Peter Siano and three Jersey City Police Officers were securing the scene of an earlier crash and doing traffic control on the depressed roadway of Route 139 when a New York woman struck the divider, a JCPD radio car and then struck Siano, reported NJ.com. Officer Siano remains in critical condition after the April 28th morning traffic accident in Jersey City, and a few Giants teammates are doing their best to give him well-wishes. Saquon Barkley, Sterling Shepard and Grant Haley from the New York Giants gave supporting words to the New Jersey police officer who remains in critical condition after he was hit by the vehicle last week.

The night of April 30th, videos were captured by the Giants team members and sent to NJ Advance Media for the Port Authority Police Department to let Siano and his family realize they're worried about them. Barkley, who is currently self-quarantining at his home in New Jersey, also offered Giants game tickets to Siano and his family for “once everything gets better.”

“I want to give my thoughts and my prayers to the Siano family. I’m thinking about you guys and once everything gets better, I would like to invite you guys to a Giants’ game,” Barkley said in the video. “And to the police department, I appreciate all you guys are doing during this time.”

Amandeep Tiwana, 27, from Flushing, New York, was detained on April 29th by members of the Hudson County Regional Collision Investigation Unit and was charged with assault by auto, a fourth-degree crime. However, this does not change was happened and PAPD Superintendent reminds us to be strong for Officer Siano. “We are asking everyone to keep our officer in your thoughts and prayers as he works to pull through this,” said Edward Cetnar, Superintendent of the Port Authority Police Department. “These are serious injuries, but we know he is a fighter.”