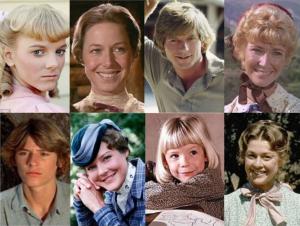 Pamela Bob’s award-winning series “Livin’ on a Prairie” will be premiering soon on www.LivinOnaPrairieTV.com via Facebook Live.

NEW YORK, NY, U.S., May 7, 2020 /EINPresswire.com/ — Pamela Bob (“A Gentleman’s Guide to Love and Murder” and “Hand to God”) is premiering her award-winning series “Livin’ On a Prairie” on May XX. This is a project she created, wrote, starred in, and co-produced with Cut&Dry films. At the end of each episode an interactive discussion will be included with some beloved members from the cast of the classic series “Little House on the Prairie”, culminating in a cast reunion after the final episode. This is also part of a fundraising benefit, in aid of the Actors Fund.

The short comedy, “Livin on a Prairie” has six episodes that will premiere on www.LivinOnaPrairieTV.com available on Facebook Live. In the first episode the audience is introduced to Pamela, a woman in her late 30s. Socially awkward and misunderstood, the world seems to be passing her by. Her only escape where she finds solace, love, and comfort, is the same thing that prevents her from connecting to the outside world: “Little House on the Prairie.” She is a huge fan of what some may consider the un-coolest show of the 1970s and early 1980s, but she finds everything she has ever hoped for in its simple messages of community, family, and unconditional love. For Pamela,“Little House on the Prairies” has become her drug of choice. But is she getting more out of the show than she is out of real life?

Pamela Bob has won Best Actress for her role in “Livin on a Prairie” at the Los Angeles Independent Film Festival. The show was an official selection for the Tribeca TV Festival and has reaped in a series of awards. These include the Winner of the Best TV/WEB series for the IndieFEST, Hollyweb, LAIFFA, Best Shorts, and the Paris Lift-Off Global Networks Festival.

Alison Arngrim plays the role of Pamela’s life coach, a role viewers will be surprised to find in sharp contrast to her Little House persona of “Nasty Nellie”. She recently stated: “It is amazing how many fans around the world “Little House on the Prairie” still has. They continue to reach out to us, and they are going nuts with excitement about the Premiere of “Livin’ on a Prairie” and can’t wait to watch the individual release of each of the six episodes. We are looking forward to the discussions planned and are very excited about the reunion that will also raise funds for The Actors Fund.” Pamela Bob recently said: “These are crazy times, and people are craving great entertainment that also comforts them. If there was ever a time to launch the series and have a “Little House on the Prairie” reunion, this would be it!”

Every episode of “Livin’ On a Prairie” will have a post-show discussion with Little House on the Prairie cast members, and encourage fans to submit questions for them on the website, www.livinonaprairietv.com for a chance to win prizes and even be aired on the broadcast. The finale will have a post-show Little House on the Prairie cast reunion which will also act as a fundraiser with all proceeds going to support the Actors Fund.

Livin’ On a Prairie – Official Trailer