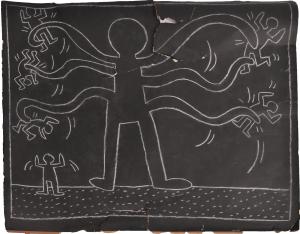 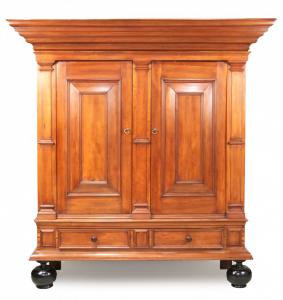 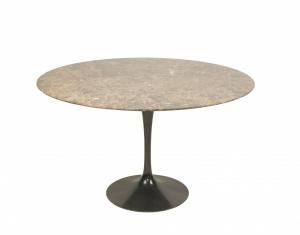 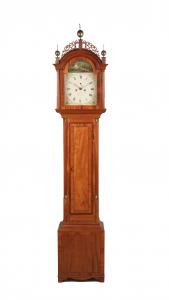 The late spring auction offers an eclectic mix of fine and decorative arts with a focus on modern art and traditional European and American furniture.

We can't open our doors to the public but we plan to deliver clients a seamless online experience, where we will strive to deliver accurate condition reports and images for all the items offered.”
— Andrew Holter

BLOOMFIELD, NJ, UNITED STATES, May 11, 2020 /EINPresswire.com/ — A late spring auction just after Memorial Day offers an eclectic mix of fine and decorative arts with a focus on modern art and traditional European and American furniture. The Estate Treasures Auction, Part 1 and 2, is scheduled for Wednesday and Thursday, May 27th and 28th by Nye & Company Auctioneers, online-only, starting both days at 10 am Eastern time.

Internet bidding will be provided by LiveAuctioneers.com, Invaluable.com and the Nye & Company website (www.nyeandcompany.com).

“In accordance with the New Jersey State mandate, we cannot open our doors to the public,” said Andrew Holter of Nye & Company Auctioneers. “However, we plan to deliver clients a seamless online experience, where we will strive to deliver accurate condition reports and images for all the items we offering. We will be closely monitoring our info@nyeandcompany.com account, as well as the LiveAuctioneers and Invaluable platforms.”

The auction is headlined by two small, but choice, consignments of modern art. The first is a group of three Keith Haring subway drawings from the estate of a private collector who was heavily involved in New York City’s fashion and art worlds during the late ‘70s and ‘80s. The person lived, breathed and was wholly immersed in the downtown New York art scene.

“This collector is the only person who has owned the drawings being offered in the sale,” Mr. Holter remarked. “These iconic works are highly collectible and exude the blending of both pop art and street/graffiti art that Haring made so popular in 80s. These works have not been restored and remain in the same state as the day they were removed from the subway walls. This is a unique opportunity to acquire works from a collector that traveled in the same social and artistic circles as Keith Haring.”

The second consignment of modern art is equally as tantalizing: three Henry Moore plaster maquettes, also consigned by a private collector. “These particular sculptures were given directly from Moore to Martha Spencer, who worked at Perry Green, which was Moore’s atelier,” Mr. Holter said. “The maquettes passed from Spencer to her daughter and were acquired directly from Spencer’s daughter. Each piece is a unique work of art and were not cast. Moore’s modern interpretation of the female form is fluid, sensual and delightfully austere. These dynamic pieces are truly a symphony of curves.”

Continuing the theme of the modern aesthetic in the decorative arts is a wonderful Eero Saarinen tulip table being offered from a posh Park Avenue collection. Also included are a pair of Knoll “Wassily” chairs that were originally designed by Marcel Breuer in 1925.

Traditional decorative art enthusiasts will be delighted with a superb group of pieces being offered by the estate of William Hodgins, the highly regarded Boston-based interior designer. Hodgins was an Architectural Digest, AD100 decorator once described as “a beacon of American Classicism”. He learned his craft working as an assistant for the leading design firm of Sister Parish and Albert Hadley. He later went on to establish his own Rolodex of who’s-who clients, including Annette de la Renta’s three sisters, financier Felix Rohatyn, a couple of members of the Washington Post’s Graham family, Linda and Robert Taubman and a Saudi prince. His work has been published in Architectural Digest, House and Garden, Vogue, Town and Country and the New York Times.

Additional highlights include a Federal mahogany tall case clock by Aaron Willard of the Massachusetts clockmaking family. Tall, slender and nicely proportioned, the clock is sure to please all horological enthusiasts. Additionally, there are two New Jersey Federal tall case clocks. In particular, one hails from Monmouth County and is marked Elias Sayre. There is also a wonderful architectural Dutch influenced Kasten from New York. This piece has a superbly complex and extensive cornice that defines it as a statement piece.

For fans of the Bard of Avon – William Shakespeare – there is a tremendous amount of Shakespeare, theatrical and literary-related material being offered by the estate of a private Upper West Side, New York City collector. The group includes several busts and miniatures of Shakespeare. There is also a superb portrait miniature, after George Chinnery, of John Philip Kemble, the celebrated theatrical actor. Bidders are encouraged to check out the sale and not let the curtain fall without getting their bids in.

People can bid in absentia and online. An online preview will be held from May 14th through the 28th at www.nyeandcompany.com, www.liveauctioneers.com and www.invaluable.com. Anyone looking for additional images, condition reports or general commentary about an object, is encouraged to reach out via the Nye & Company website or via email at info@nyeandcompany.com.

John Nye had a long and fruitful career at Sotheby’s before he and his wife, Kathleen, acquired Dawson’s in 2003 and started Dawson & Nye. With the move to Bloomfield seven years later, they renamed the business to Nye & Company (Auctioneers, Appraisers, Antiques). The firm is nationwide, but the vast bulk of the business comes from trusts and estates in the tri-state area.
For more information about Nye & Company Auctioneers and the Estate Treasures Online Only Auction on Wednesday and Thursday, May 27-28th, visit www.nyeandcompany.com. The full color catalog can be viewed around May 14th at www.nyeandcompany.com, www.LiveAuctioneers.com and www.Invaluable.com.