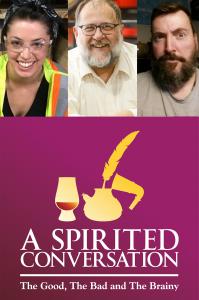 SEATTLE, WA, UNITED STATES, May 12, 2020 /EINPresswire.com/ — In less than two months, Zavvy.co has become one of the leading content platforms for beverage professionals and aficionados, with thousands attending its livestreamed seminars and Q&As every week.

Co-founders Federico Hernandez and Will Hoekenga didn’t expect the platform to attract viewers so rapidly. It was originally intended to serve as a livestreaming tool at Mr. Hernandez's national rum festivals. But when the COVID-19 pandemic forced him to cancel and postpone upcoming festivals in Chicago and New York, Mr. Fernandez simply invited beverage experts to begin using the platform from their homes instead.

Today, Zavvy.co has some of the most important & current spirits leaders doing seminars &/or hosting their own channel. These channels include:

Let's Get Tropical – With the tiki resurgence in full swing, Let’s Get Tropical explores the evolution of its culture—and, of course, the tropical cocktails that define it. The channel is hosted by UK barman celebrity Georgi Radev and event producer Jupiter Jones. Radev is the author of the Let’s Get Tropical cocktail book and owner of Laki Kane bar in the heart of London. Jones is known for her immersive events held in bars and restaurants all over the world.

The Rum Lab – Who are the most important people and brands pushing the rum category forward right now? You’ll get to know them on The Rum Lab, where host Federico Hernandez spotlights a new leader in rum every week. Hernandez is the man behind the industry educational platform theRumLab.com and organizer of some of the world's most important rum festivals, including the California Rum Festival, Chicago Rum Festival, New York Rum Festival & Congress, Puerto Rico Rum Festival, and Miami Rum Congress.

Cocktail Wonk – Matt Pietrek has rapidly become one of the spirits industry’s most read writers thanks to his popular blog CocktailWonk.com, along with regularly published articles in Saveur. On the Cocktail Wonk channel, he transforms the most complex and misunderstood aspects of the rum and cocktail worlds into accessible and entertaining presentations. Viewers instantly recognize the same attention to detail and knack for teaching that’s earned Pietrek multiple Spirited Award nominations from Tales of the Cocktail, including two this year.

Vino Cultura – If you’re on the path to becoming a sommelier, this Spanish language channel will get you there faster. In each livestream seminar, Javier Berberena, a Certified Sommelier by the Court of Master Sommelier, explores another topic from the world of wine. Berberena is also a Certified Specialist of Wine by the Society of Wine Educators, and a Certified Wine Educator by the Wine & Spirit Education Trust.

Other channels like the Ian Burrell – Global Rum Ambassador Show, RumCask, and American Rum Report have featured educational seminars, too.

Visit Zavvy.co to explore the platform’s upcoming calendar of online events and more.