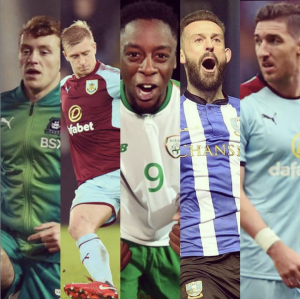 NEW YORK, NEW YORK, UNITED STATES, May 14, 2020 /EINPresswire.com/ — HYPE PROJECTS AGENCY continues to grow as it teams with Stonemountain Management Limited to expand its European presence. With bases in London, Manchester and Glasgow as well as it's strategic international partnerships in Germany, Iceland, Israel, Romania, Argentina, China, South Africa and the Middle East it's considered one of the most respected agencies throughout Europe. "Stone Mountain gives us a footprint and longer reach in numerous territories throughout the world," states Paris D'Jon, HYPE PROJECTS AGENCY CEO.

Stone Mountain, is headed by Mel Stein, a Professor of Sports Law and the President of The Association of Football Agents and was one of the first English sports representatives acting for the likes of Chris Waddle, Paul Gascoigne and Alan Shearer. “We at Stonemountain Management are delighted to have entered into a strategic partnership with HYPE PROJECTS AGENCY in the USA. Having worked with them for some time now and realized we share a common goal and work ethos we are confident that working even more closely together will make our respective brands stronger not only within our respective territories but throughout the world," states Stein.

With a combined group of former players and top ranked executives Stone Mountain also brings along with them a team of heavy hitters. Director Paul Warhurst in the U.K, Scott Fisher in Scotland, Juan Cobain in Argentina and Pedro Mendez from MNM Sports Management in Portugal.