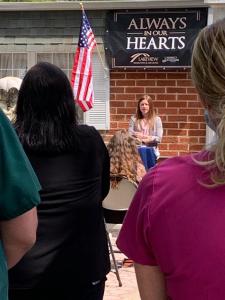 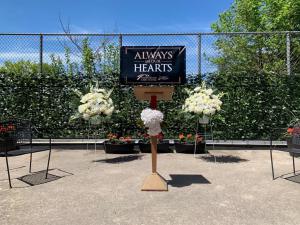 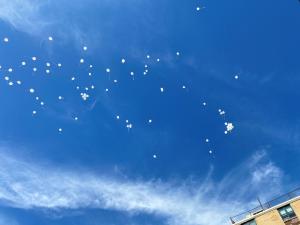 BROOKLYN, NEW YORK, UNITED STATES, May 22, 2020 /EINPresswire.com/ — Always in Our Hearts. A theme that with Memorial Day fast approaching, The Excelsior Care Group felt it was the perfect way to remember those who have been lost to a pandemic that has taken the world by storm. At this point, virtually everybody has been affected by the illness, especially those in healthcare. The time had come to pay tribute to those who have succumbed to the illness. Excelsior member facilities hosted beautiful, uplifting ceremonies, unique to their communities. Several of the services were led by spiritual leaders and many hosted local politicians and clergymen. Each program was full of words of hope, encouragement and prayer. Leaders addressed their staff commending them for all they have done to care for their residents during these trying times. Rabbis and priests lead the attendants in prayer and song. Talented staff members bestowed upon their coworkers heartfelt renditions of Amazing Grace, The Star Spangled Banner, and other inspiring tunes. Michael Shaffer, Administrator of Atrium Rehabilitation and Care Center in Brooklyn, addressed his staff poignantly acknowledging, "we create a bond that is forever, there will never be too little or too much love radiating within every smile and every hug that we have shared with those we have lost during this tragic time."

In Hazlet, NJ, Mr. Ribiat of Anchor Care Rehabilitation and Nursing spoke emotionally reminding everyone that they were there not only to honor and mourn the military personnel that died while serving in the US Armed Forces but also to remember all those who have died in the silent war of Covid-19. Each facility ended their ceremonies with a symbolic balloon release and all those in attendance were asked to leave a memory of a loved one on an Always in Our Hearts memory board that will be kept in the facilities as a memoriam of those lost.

Most facilities live streamed their ceremonies on their Facebook accounts for family viewing. Many of the residents were able to join the ceremony live via their facility in house channel.