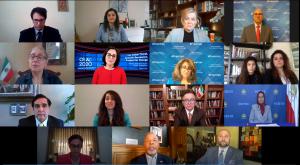 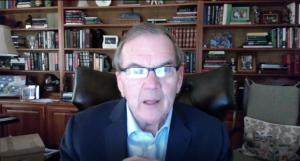 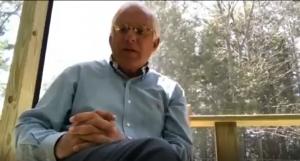 The snapback (will) be bipartisan, and so will the continuation of American sanctions until the regime is ended”
— Robert Torricelli, former Democratic senator from New Jersey

WASHINGTON, DC, U.S, May 23, 2020 /EINPresswire.com/ — Iranian-American communities from across the U.S. held their first-ever virtual conference, entitled “Iran: Global Threat, Domestic Repression, Prospects for Change.” There were over 1,000 points simultaneously linked together on ZOOM from some 40 states. Several former U.S. officials addressed the event.

Representatives of the Iranian American Communities (IAC) spoke on the Iranian situation and U.S. policy on Iran. Moderator Dr. Ramesh Sepehrrad, an OIAC Advisory Board member, explained that the Organization of Iranian American Communities (OIAC) was “as eager as ever and proud” to continue its efforts for a free Iran, and in the current circumstances would do so “in person or virtually.”

First Homeland Security Secretary Tom Ridge lauded all those standing for freedom in Iran, and said, “We're not going back to the monarchy. We're going to reject this repressive theocracy and we'll be free.”

Robert Torricelli, former Democratic senator from New Jersey, talked about bi-partisan support for U.S. and said, “The snapback (will) be bipartisan, and so will the continuation of American sanctions until the regime is ended.”

Torricelli added, “The mullahs…only attacking two entities—the United States government and President Trump, … and Mrs. Rajavi and the MEK. What does that tell you? …They know that the orchestration, the organization, the sacrifice, the work that is going to bring down this regime.”

Kenneth Blackwell, the former U.S. Ambassador to the UN Commission on Human Rights said, “The Trump administration has committed to an all-out government approach to pushing back against a regime that is at the epicenter of international terrorism and disregard for human rights.”

Ms. Soona Samsami, the U.S. Representative of the National Council of Resistance of Iran, urged the U.S. to “use its leverage at the United Nations Security Council to facilitate the snap back of all prior UNSC sanctions in response to the Iranian regime’s non-compliance with its own commitments.”

Mr. Aref Alvandi, from Maryland, called on policy makers “To continue to stand with the people of Iran and keep the maximum pressure on this regime.”

Dr. Afsaneh Maghsoudi, the representative of Iranian American Cultural Society of Michigan, warned, “The mullahs’ domestic repression, terrorism and nuclear expansion has a new tool, and that is COVID19.” She rejected any sanctions relief for the regime, “medical assistance should go directly to the people.”

, Dr. Nader Ehsani from Kentucky spoke of “the wave of prison rebellions and escapes in more than 10 cities.” He said the public is rushing to aid the escapees and has given them refuge.

Ms. Hasti Hesami, a student at UT who represented Texas, brought a message for “the brave students who carry on the legacy of the student protests which played a historic role in political developments during and after the 1979 revolution.”

Representing the IAC of Southern California, Mr. Mohammad Omidvar said, “Given the maximum pressure, sanctions, Supreme Leader is no longer as effective in Iraq, Syria or the entire region.”

Dr. Saied Sadjadi, the IAC president for Kansas, explained how the Tehran regime is operating from a point of weakness, not strength. He endorsed the call for a snap back of UN sanctions.

Mrs. Batool Zamani, the President of IAC of Georgia, described the 10-point plan of Mrs. Maryam Rajavi, as “visionary, forward-looking, progressive and in line with the spirit of 100 years of Iranians’ struggle for freedom and justice.”

Farideh Sedighi of Northern California described the MEK resistance units as “representing the depth and reach of Iranians’ call for change. It is this call that clarifies who the real alternative to this regime is.”

A mother, daughter, and granddaughter, represented three generations of supporters of the Iranian Resistance. Ms. Joanne McIntosh spoke of her life in Iran during the 1979 Revolution. “I became acquainted with the MEK during those early years, and 4 decades later, the resilience and integrity of their Resistance movement still gives me hope for the future of Iran.” Joanne’s daughter, Ms. Hannane Amanpour, spoke of her late father, slain by the Iranian regime in 1988. “I honor his memory and his sacrifice for freedom and democracy in Iran,” she said. Her daughter, 16-year-old Alia said, “my grandfather’s life and death have shaped how I see the world. I am inspired by the youth in Iran, who are risking their lives to carry on the message of the resistance and my grandfather.”

Dr. Soolmaz Abooali, author and professor at George Mason University, said, “the inspiration for a free Iran comes from the women’s movement and the brave young women and girls who risk their lives in every protest and rally as they shout, ‘down with the dictators.’”

Bishop Robert Stearns said, “we call on freedom-loving people around the world to support and advance the national plan of President Elect Mrs. Maryam Rajavi.” Rev. Dr. Marcos Miranda from New York said, “The uprisings have begun and will not stop.”

The conference closed with the message agreed upon by the communities in 40 states, key points follow:
• Change in Iran is evitable and the Iranian American communities stand in full solidarity with the people of Iran.
• It is time for the world community to recognize the Iranian people’s right to overthrow this regime and to support the 10-point plan presented by Mrs. Maryam Rajavi for the future of Iran.
• The maximum pressure policy should be maintained. We call on the United States to ensure that the U.N. arms embargo on the regime is never lifted. It is time for the U.S. to activate the snapback at the U.N. and ensure that all six prior UN Security Council resolutions are re-enacted and all prior sanctions are re-enforced on the regime.