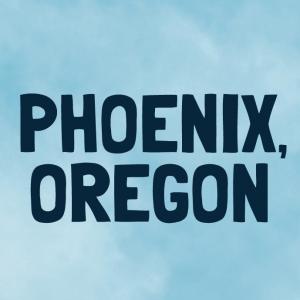 Hit Film About Friendships, Midlife Crisis, Pizza and Bowling Knocks Down All The Pins With Hungry Moviegoers

During our current pandemic, the film’s ode to small-town camaraderie and the joys of a local hang is rather poignant.”
— New York Times

"Phoenix, Oregon", the sweet and sincere slice-of-life dramedy is now available on video on demand after achieving major movie buzz despite its official opening being canceled due to the pandemic forcing theater closures nationwide.

The film was scheduled to open in theaters nationwide March 20th just as all theaters were being forced to close due to concerns over coronavirus. Rather than shelve the movie indefinitely, the "Phoenix, Oregon" creative team quickly pivoted to create America’s very first “Theatrical-At-Home” screening process.

Moviegoers were encouraged via social media posts to purchase a “ticket” for a one-time showing of the film at www.phoenixoregonmovie.com at a bargain matinee price of just $6.50. All proceeds were then split with the shuttered theaters who had planned to show the movie before Covid-19. That successful “do well by doing good” initiative stuck a chord with appreciative movie fans and led to an additional very successful theatrical-at-home fundraiser for Oregon restaurant workers sidelined by the pandemic, which quickly raised thousands of dollars on their behalf.

"It’s been really satisfying to see audiences moved by our film, especially during these difficult times. People all over the world are questioning what’s most important in life right now. I hope our film continues to inspire people to go after their dreams.”, said Gary Lundgren, the film’s writer and director.

The film was released by Aspiration Entertainment in association with Ryan Bruce Levey Film Distribution and was produced by Joma Films with Pied Piper Productions, Lui-G Films, and Sunset Dynamics.