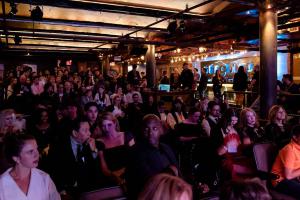 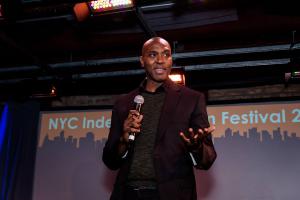 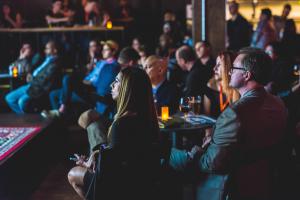 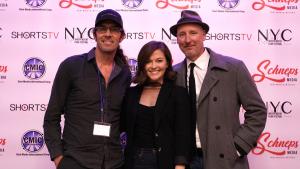 And the winner is…”
— your Award Show host

NEW YORK CITY, NY, UNITED STATES, June 5, 2020 /EINPresswire.com/ — And the winner is…. Do you know who is going to win this year's fifteen super awards for the NYC Independent Film Festival? Check us out and come to watch the award ceremony next Sunday on Bingewave.com.

For the 11th consecutive time the NYC Independent Film Festival in New York is handing out its awards for best film, best filmmakers and actors. You can be part of it on June 7, next Sunday, at 6PM eastern time sharp. Come and watch us on the Bingewave video platform.

Unfortunately, due to the corona- or Covid-19 crisis the NYC Independent Film Festival was forced to go digital this year. No live screenings, no live Q&As, no meetings, no afterparties, no fun at all. New York went into a lockdown and we had to go with it.
But the film world wouldn't be the film world if we didn't have an extra life: we decided to go for the next best solution, we decided to go digital. During the last week dozens of films were streamed on Bingewave.com. Thanks to all those filmmakers who granted us permission to stream their film on the web and to allow our audience to see it.
Also, because the festival is known for its numerous meetings with attending filmmakers we decided to stream a lot of interviews with filmmakers, immediately after screening their film.
It was awkward not to have all those filmmakers with us in the screening room, it was weird not being able to talk one on one with the actors and producers. We had to meet them with Skype, Zoom or Facetime, we had to improvise and adjust. Some were sitting in a well lit studio, others in front of their bulging wardrobe. But it worked!

For instance the directors of the documentaries 'White Light', an Australian film on the gangs in Chicago, and 'The Right Girls', an American production on LGBT migration, gave an interview to us.
,,We are so grateful that the festival has decided to go digital and pursues in showing our work to the audience," says Australian filmmaker George Gittoes ('White Light'). He spend half a year in the suburbs of Chicago to film how gangs fight each other to death. 'White Light' is one of the nominees for best feature documentary this year.
Another nominee in that same category is "The Right Girls' by American filmmaker Timothy Wolfe. His portrait of three transgender women fleeing poverty in Central America is a distressing story of misery that is augmented by sexual discrimination. ,,The purpose of this project IS to show the human side of migration. And this screening helps furthering that message," says Wolfe.
Their enthusiasm makes you forget you are watching an online event.

Last year we had the luck that our Awards Ceremony was celebrated and attended by over 200 filmmakers and film fans. This year we hopefully beat that number online. Bring your own champagne or sparkling water, your oysters and caviar, or maybe just your potato chips and popcorn and join us in our excitement for the show.
The 11th NYC Independent Film Festival Award Ceremony with fifteen awards in total and dozens of great filmmakers and actors to win them. Let's enjoy the celebration of the great films you made and the great films you enjoyed watching.