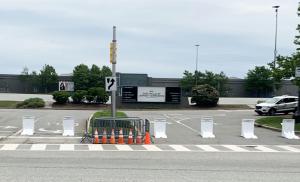 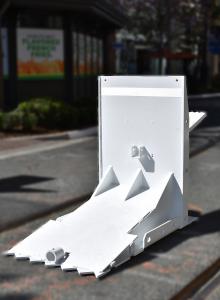 During the height of the unrest in Los Angeles, several suspicious looking vehicles drove up to the property but then left after seeing the barriers made it impossible to get in.”
— Meridian CEO Peter Whitford

PASADENA, CA, UNITED STATES, June 5, 2020 /EINPresswire.com/ — When the largest outlet mall in New Jersey needed to be protected during this period of protests and looting Meridian Rapid Defense Group arrived and secured the property with its one of kind “silent security guard,” the Archer 1200 barrier.

High-end stores were being broken into and looted in nearby New York so The Mills at Jersey Gardens, a Simon property, with its many entrances, took no chances and called in Meridian to secure its perimeter.

Dominick D’Orazio Meridian’s Regional Hostile Vehicle Mitigation Specialist explained: “The 23 barriers we set up around Jersey Gardens will prevent the sort of looting we’ve seen elsewhere. These Archer barriers will prevent suspicious vehicles gaining access to the stores and parking lots because, as we saw, those looters arriving in cars and SUV’s are the ones getting away with the largest amount of stolen items.”

The Archer 1200 mobile barrier, while it has the strength to stop a ram raid by a car or a truck, can be easily moved in minutes to allow delivery vehicles to enter. The barrier doesn’t require power or heavy equipment to move it.

“Jersey Gardens is just one of many properties around the U.S. the Archer is now protecting during this unsettling period,” said Peter Whitford, Meridian CEO. “Only yesterday the head of security at one of those shopping centers told me during the height of the unrest in Los Angeles several suspicious looking vehicles drove up to the property but then left after seeing the barriers made it impossible to get in.”