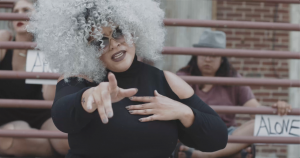 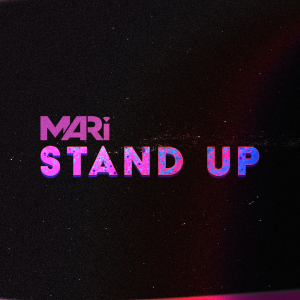 'Stand Up' is a rallying cry for those that are hurting, those that feel unheard.”
— MARi

NASHVILLE, TN, UNITED STATES, June 8, 2020 /EINPresswire.com/ — Powerhouse vocalist MARi returns with her latest single, “Stand Up” — an impassioned pop anthem crying for unity in a world that can seem so divided. Produced by Akil Thompson and written by MARi with Akil Thompson and David Mullen, the official music video includes footage captured during the George Floyd street protests from various cities nationwide.

“Stand Up” is a rallying cry for those that are hurting, those that feel unheard,” says MARi. “I’m simply here to tell you that you are not alone. When it’s all, said and done, we are all God’s children. We are one. It’s time to stand up.”

If you could see inside of me, you would see I’m just like you.
Imagine all the miracles, and magic we could do.

Always red carpet ready, the Latin diva's explosive style and vibrant wigs perfectly match her larger-than-life personality. Hailing from Queens, New York, MARi burst onto the music scene in 2016 with Treasure, blending pop, dance and Latin rhythms into a highly infectious package that’s uniquely her own. She quickly became recognized as one of the most groundbreaking and authentic new artists covering multiple genres, including Latin, Pop, Contemporary Christian and Gospel.

But it didn’t come easily… Like many Americans, MARi has overcome so many dark seasons in her life, but she has refused to let any of them overcome or define her. From a childhood filled with violent abuse to a recent life-threatening illness that nearly killed her, MARi is determined to be a beacon of hope to others.

MARi is managed by Lucid Artist Management and booked by Cinder Entertainment.