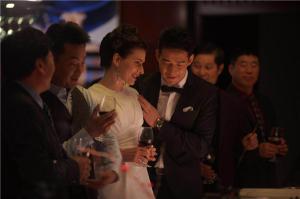 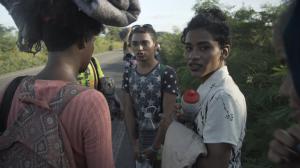 The Right Girls by Timothy Wolfer 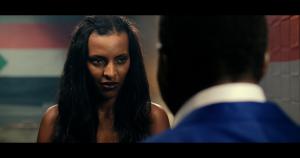 Heli Amresh Sanka in Down the River by Dan Jacobson

This award proves I am on the right path! Thank you.”
— Heli Amresh Sanka (Down The River)

NEW YORK CITY, NY, UNITED STATES, June 11, 2020 /EINPresswire.com/ — The Film Touch by New York-based writer-director Aleksandra Szczepanowska is the top winner of this year's NYC Independent Film Awards. After being nominated in no less than four categories, Touch received the award for Best Film, while Szczepanowska was presented with Best Director of the 2020 festival. It is an outstanding achievement!

An intense drama featuring an obsessive and possessive relationship between a married Western woman and her blind Chinese masseur, Touch is set in a small town in China, unraveling a love affair against all odds. New York-based filmmaker Aleksandra Szczepanowska worked in China for many years and speaks Mandarin fluently. “I find the idea of making a film in China about a Caucasian woman who is seemingly assimilated exhilarating,” Szczepanowska says. “It's a figure that very much exists in modern China but is rarely represented on screen." In the past Szczepanowska worked with Tony-award winner Terry Schreiber, and is excited to be New York City’s Independent Film Festival double-winner this year.

Touch wasn't the only double-winner this year. Down The River, made by Israeli filmmaker Dan Jacobson also won two awards, one for Best Script and another for Best Actress, presented to the young actress Heli Amresh Sanka. At the award ceremony Sanka said, “The Corona crisis brought everything to a standstill and gave me many doubts. Am I really that good? But this award proves I am on the right path! Thank you."

Hunger by Indian filmmaker Katyayan Shivpuri also scored double awards. It won the award for Best Super Short Film, while the outstanding performance by Uday Chandra was lauded with the Best Actor award. Inspired by true events, the film tells a story of a homeless man and his love for food.

While we couldn’t seat our audience in our Producer’s Club theaters, raise a drink in the bar and party together at Subculture Club during the awards gala, we still presented the filmmakers’ work to the world. We had screened 180 amazing films and numerous pre-recorded interviews with the filmmakers. Perhaps we even managed to reach some viewers that otherwise wouldn't be able to come and watch these films in person. They just had to bring their own chips and soda to the screening. At the end of the festival, we hosted an hour-long glamorous digital award show.

We thank everyone who submitted their films to the New York Independent Film Festival this year. We missed seeing you here this spring, but we hope to watch and screen your upcoming films as soon as the future will let us. We look forward to meeting you in person at the Producer’s Club, hopefully next year.

Please find the rest of this year's awards below.

Best Feature Documentary went to "The Right Girls" by video-journalist Timothy Wolfer, who regularly works for CNN. "The Right Girls" is about transgender migrants who, besides poverty and homelessness, have to deal with discrimination and violence on their way to the US.

Best Short Documentary goes to Anna Oliker from Israel for her film "The Unrecognized", about the Bedouin minority that struggles to survive.

Best Cinematography went to Yu Oishu for "Woman of the Photographs" from Japan.

Best Music Video to "Anpu-Zoea" by Powei Su from Taiwan.

Best Short Sketch Comedy to "Tarka Wolf Presents" by Sara Lohman, known for her work for "Grace and Frankie".

Best Musical to "Reel Me" by the German filmmaker Peter Lund.